Dublin’s clash with Mayo in the semi-final was watched by 697,000 viewers on RTÉ2, yielding a 63% share of viewing.

That was 244,000 more than watched last year’s semi-final game between Dublin and Galway, which commanded a 47% share.

It wasn’t just the latter stages of the Football Championship that caught people’s imagination.

It hasn’t only been Dublin residents watching the Boys in Blue march on.

A total of 28% of viewing to the Senior Football Championship in 2019 has come from Munster with a further 27% originating in Connacht/Ulster. 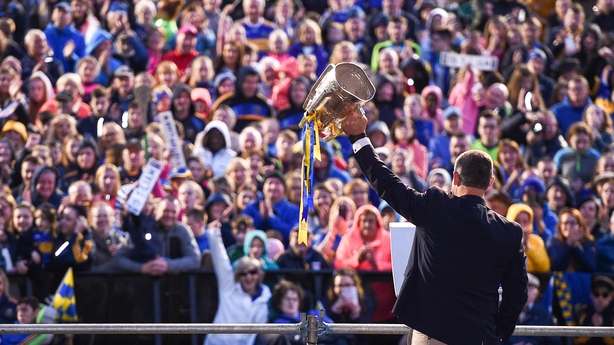 In fact, just 18% of viewing to the live matches this summer has come from the county of Dublin with a further 27% from the rest of Leinster.

Viewing to the Senior Hurling Championship has also been buoyant.

Furthermore, interest in Camogie has grown year-on-year, with the All Ireland quarter-finals registering an 11% increase in average, while the semi-finals grew by 18%.

RTÉ Group Head of Sport, Declan McBennett, said: "RTÉ is delighted that its high level of production coverage and analysis throughout the Championship has attracted a growing audience.

"The standard of games this year has risen, particularly in the football championship with the nation now anticipating a thrilling climax this weekend which we are delighted to bring to the national audience."

The Sunday Game live coverage of the All-Ireland Football final begins on RTÉ2 and RTÉ Player at 2.15pm on 1 September with live coverage also on Sunday Sport on RTÉ Radio 1 and on Spórt an Lae on RTÉ Raidió na Gaeltachta.

Fans can also join the Sunday Sport warm up with The Dressing Room at 11am on the RTÉ Player, RTÉ International Player and RTÉ News Now.