Galway made Electric Ireland All-Ireland minor hurling championship history with surprising ease at Croke Park, securing a three-in-a-row of titles with the minimum of fuss.

First-half goals from Ruben Davitt and leading scorer Sean McDonagh put Brian Hanley's into pole position and from there they sped to another impressive win.

It's the county's 13th win at the grade, and the latest step in a remarkable run of success that stretches back three years to their last defeat at the semi-final stage in 2016.

McDonagh, who also came on in last year's final win, was terrific for Galway and finished with a superb 2-08, his second goal arriving in the 47th minute and setting the seal on a comprehensive win.

Alex Connaire excelled at midfield for Galway too and was a key player for them in the first-half when they broke Kilkenny's challenge. 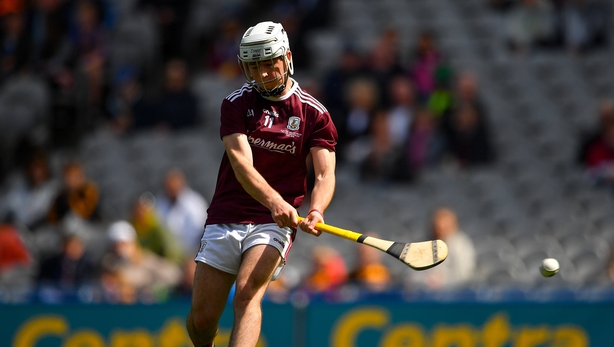 Galway now join Kilkenny, Cork and Tipperary as the only counties to have won three minor titles in a row with the 2018 and 2019 wins coming at the new U-17 grade.

But it's further despair for Kilkenny who have now succumbed to Galway twice this summer and lost back to back finals to them.

The Galway win means a dream double of All-Ireland minor wins is also on the cards for the county.

The minor footballers meet Cork in the final on 1 September and, if successful, Galway would become just the fourth county to achieve the minor double, following Dublin, Cork and Tipperary. 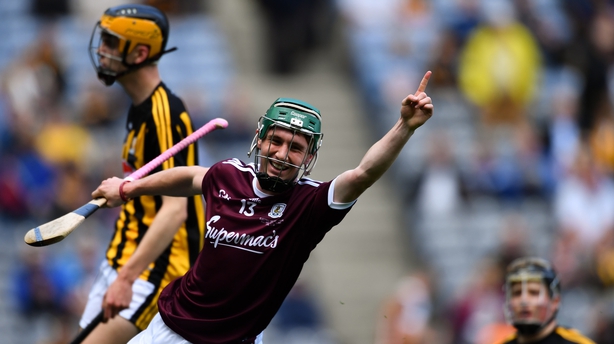 Galway were in control virtually throughout though with the memory of Kilkenny's remarkable fightback in the quarter-finals still fresh in the mind, they didn't dare rest on their laurels.

Kilkenny led briefly early on at 0-02 to 0-01 but Davitt's eighth minute goal for Galway put them into a lead they wouldn't relinquish.

It was a neat strike from Davitt who latched onto a long ball in and beat his man on the left of goals to volley home the bouncing sliotar.

Connaire was superb throughout the half and won three frees that McDonagh converted to keep Galway well ahead. 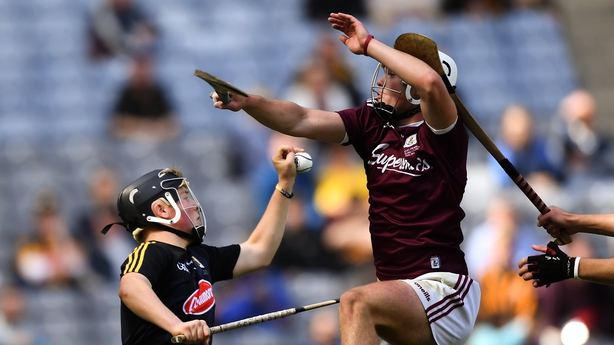 Connaire then pointed in the 29th minute to leave Galway 1-09 to 0-06 clear and he was involved in their second goal in first-half stoppage time.

This time he played the ball in that was caught by Greg Thomas who won a penalty off William Halpin that McDonagh expertly converted.

It left Galway 2-06 to 0-07 up at half-time and the five-point margin didn't flatter the young Tribesmen who also tallied eight wides in the half hour or so.

Galway ultimately set the seal on victory with a storming start to the second-half, reeling off five points in a row to double their advantage to 10.

Three of those scores came from placed ball expert McDonagh who capped a brilliant personal performance with Galway's third goal.

Yet the goal owed everything to the industry and craft of Thomas who flicked the ball up in a crowd of players and hand-passed it to an unmarked McDonagh who did the rest.

Tiernan Killeen, who'd opened the scoring for Galway in the first minute, fittingly hit their final score approaching the hour to wrap up a thoroughly convincing win.