Around the time of the Leinster final, a high profile inter-county player, whose team had just been banished from the championship, appeared at a function somewhere down the country.

During the Q & A, he was naturally asked who he thought would win the All-Ireland.

After pondering a moment, he answered 'probably Kilkenny'.

According to our eyewitness, some in the crowd laughed.

Now, they may have been laughing ruefully at the idea of Kilkenny clambering back on top so soon into a supposed revolutionary era. Rather, that is, than scoffing at the notion outright.

But it was still a surprising answer at the time.

The odd pundit here and there was tipping them prior to the championship. By the Leinster final, this talk had gone quiet and Kilkenny were again widely thought to be stuck in their transitional rut - the phrase 'in transition' usually being deployed as a euphemism for 'just not that good right now'.

They had lost at home to Galway, they were held to a draw in Wexford when just one more Lee Chin free would have sent them packing. They lost the Leinster final and were tipped by almost no one to beat Cork in the quarter-final. 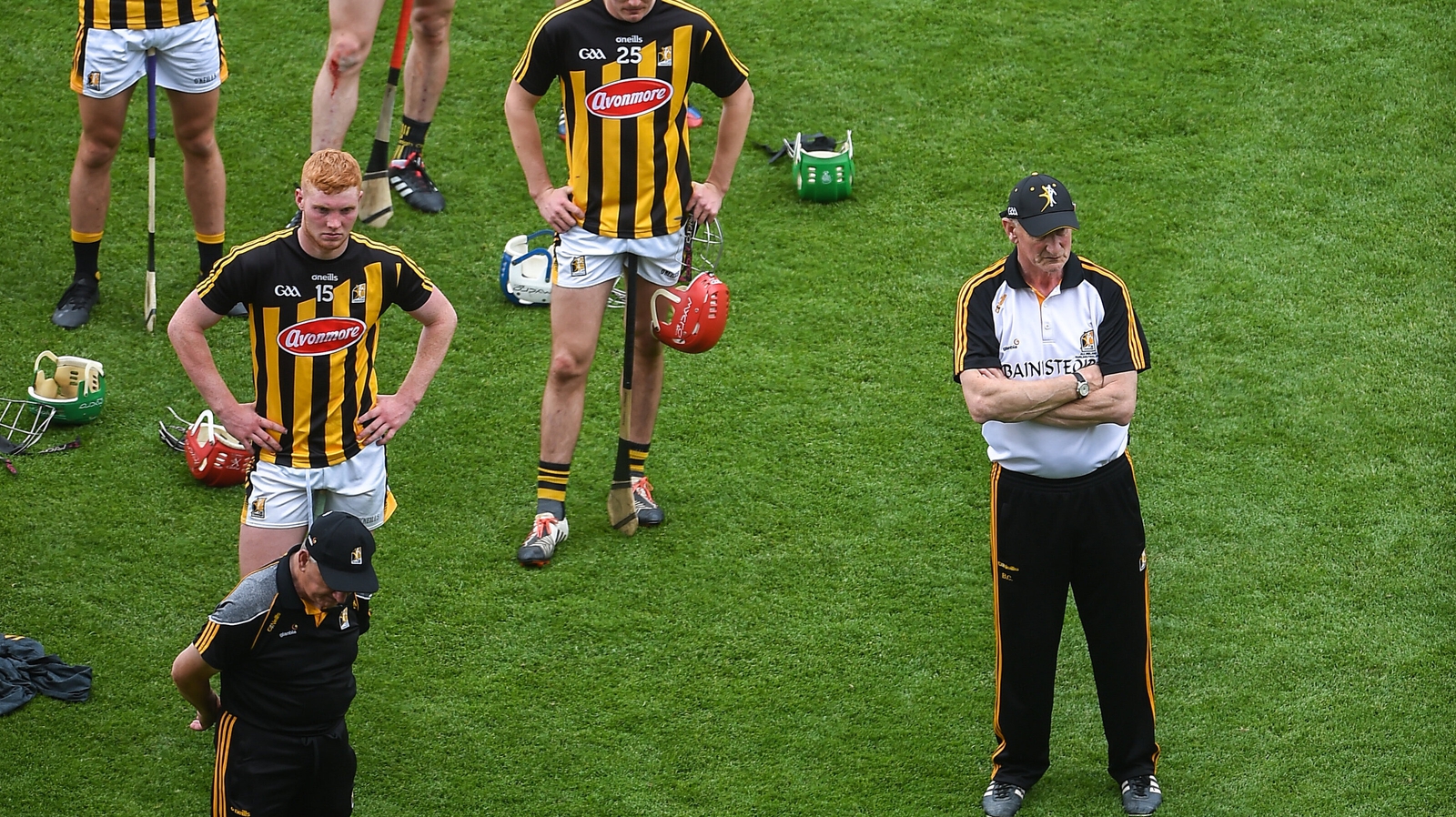 The player's rationale for plumping for Kilkenny was firstly that several of their players were coming back to full fitness. Eoin Murphy, Conor Fogarty, Cillian Buckley and Richie Hogan were all due to return.

But he also added that people didn't fully appreciate the difference between Munster and Leinster hurling.

Munster, the province more celebrated by the montage makers and the hurling romantics, was free-scoring and easy on the eye.

Leinster, on the other hand, was suffocating and physical. You play Davy's Wexford or Cody's Kilkenny in the Leinster championship and you barely have space to breathe.

The implication was that the respective styles led pundits to overrate Munster contenders and that the southern kingpins would be really tested when put through the wringer of Kilkenny's swarming, pressure game. 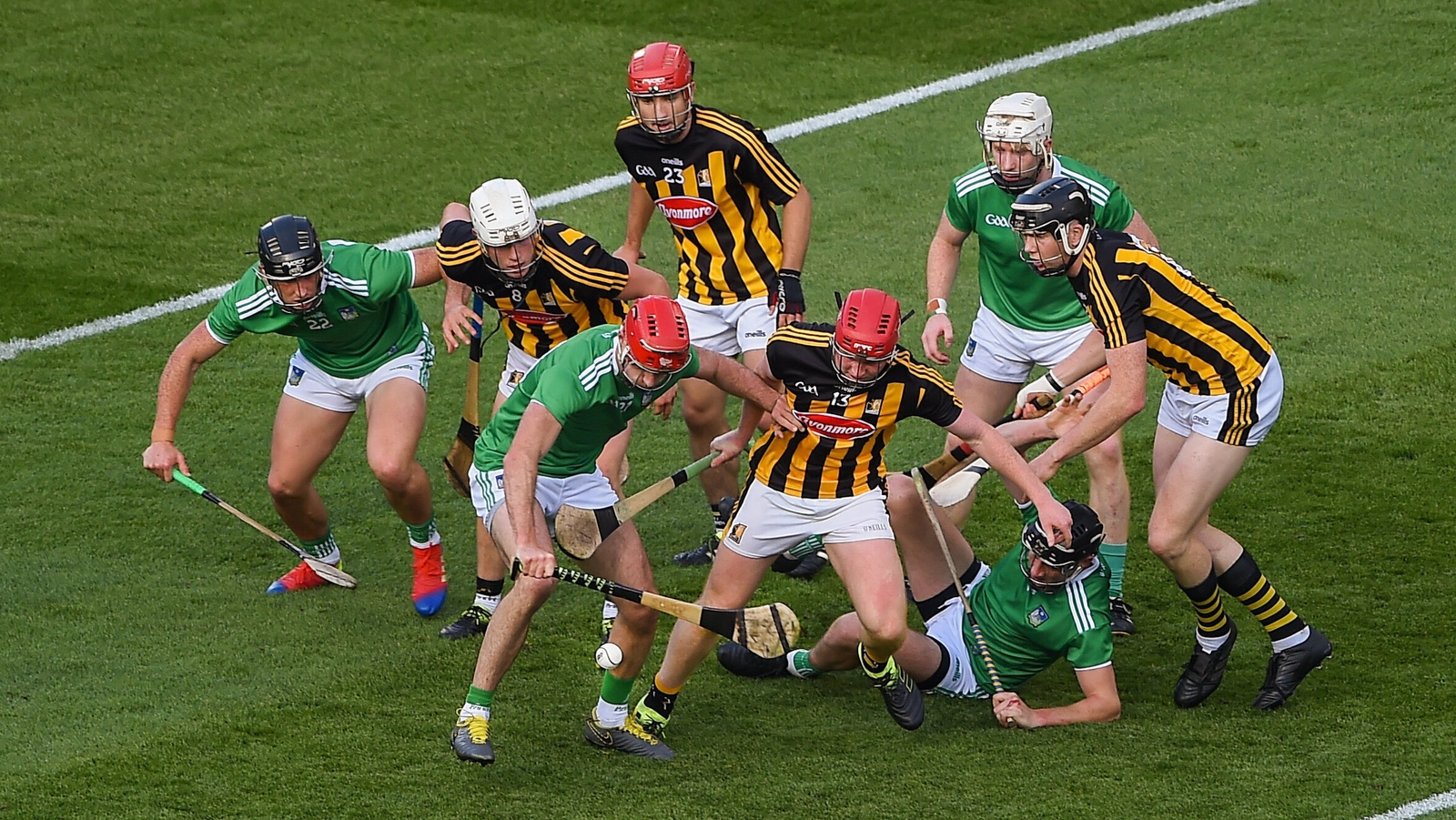 The round robin system, with its increased number of games, seems to have really sharpened the divide between the Munster and Leinster championships.

One can even detect a growing tension there, especially among Leinster hurling fans resentful at the supposedly fawning treatment Munster hurling receives in the media. (I encountered one Carlow fan after the Limerick-Kilkenny game who couldn't have been more delighted at the result, largely on the basis that it might quieten the Munster propagandists).

Munster, the province more celebrated by the montage makers and the hurling romantics, was free-scoring and easy on the eye. Leinster, on the other hand, was suffocating and physical. You play Davy's Wexford or Cody's Kilkenny in the Leinster championship and you barely have space to breathe.

How relevant is all this heading into another Tipperary and Kilkenny final, the fifth of the decade (sixth if you want to complicate matters by including the one replay)?

Well, the significance lies in what type of match we get this Sunday.

The drawn 2014 All-Ireland final is fast gaining a reputation in some quarters as the greatest final ever played.

The comments section underneath the youtube upload of the full match is stuffed with Americans, Swedes and Indonesians wondering where this sport has been all their lives. Mercifully, Irish youtubers have mostly resisted the temptation to rush in and inform them that these helmeted warriors all had work the next morning.

This is, of course, fitting since 2014 was the year of the 'British Twitter Reaction' which kept traffic flowing towards Irish websites all summer. Many had long suspected hurling was indeed the greatest sport of them all but it took Mike from Kent agreeing to make it official. (Forget Queen Elizabeth's visit in 2011, this was the high point of Anglo-Irish relations).

Many of those who were there swear it was the greatest game of sport they'd ever attended.

Even the participants knew it, as the match referee Barry Kelly told RTÉ Sport this week.

"The final wasn't my first and maybe I knew it was my last so I actually enjoyed the game. And why wouldn't I? It was the greatest game of hurling in the last 25 years.

"Jackie Tyrrell was running beside me at one point, I was about 40 metres from the Tipperary goal - so well outside his comfort zone - and he asked me how long was left.

"I told him there was 20 minutes and I said it was great stuff. 'Unreal', he said and off he ran. He was enjoying himself too." 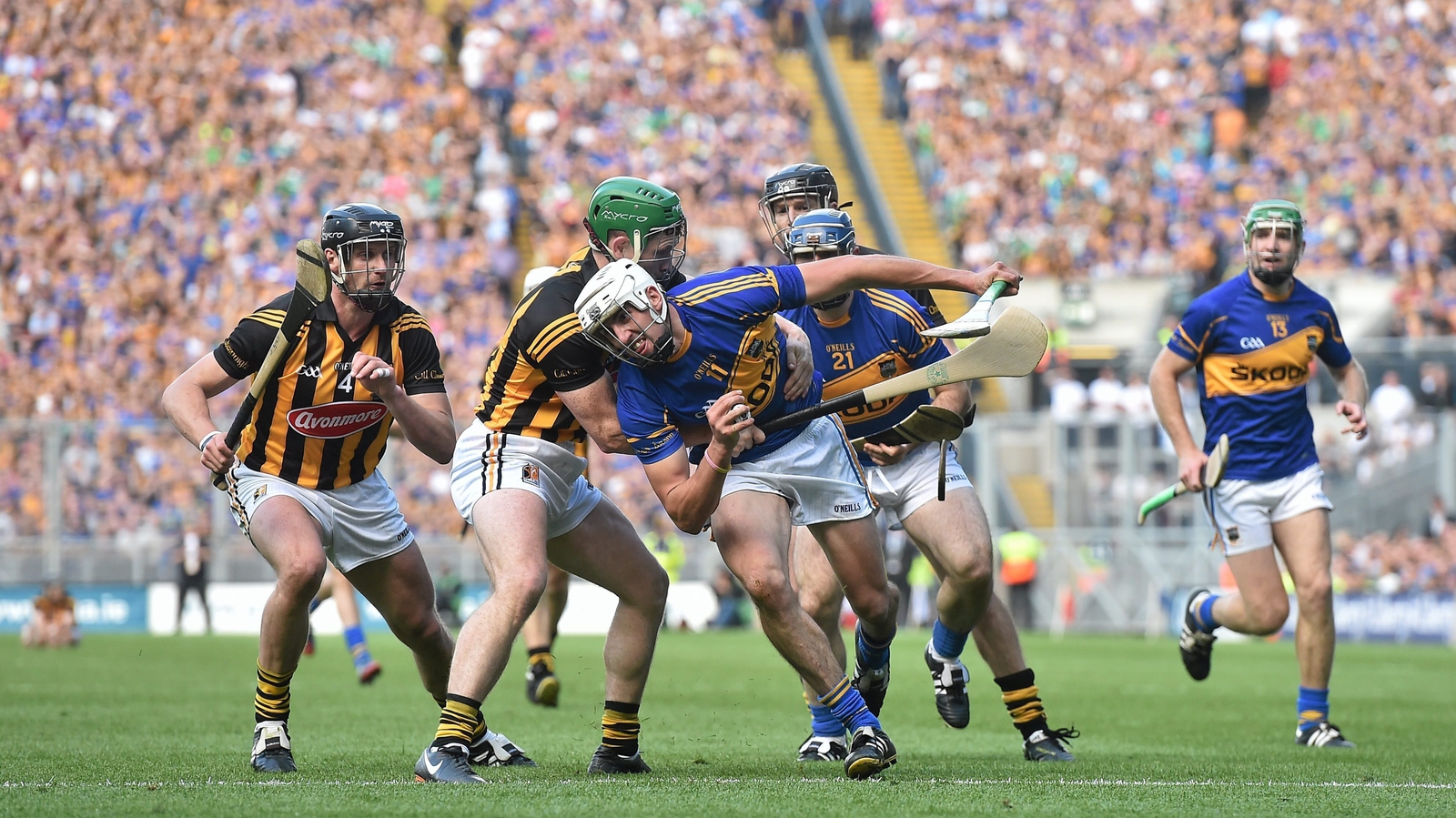 It is the highest scoring final since the game was scaled back to 70 minutes in 1975. The two teams registered a combined tally of 62 points. On only one other occasion has the 60-point threshold been crossed in a 70-minute final. That was another Tipp-Kilkenny final two years later.

In the RTÉ studio, Ger Loughnane furnished us with stats attesting to the game's quality; 54 scores and only nine wides throughout the full 70 minutes.

The high point of the contest was reached in the final five minutes. With the clock passing 66:00, TJ Reid smacked over a free to extend Kilkenny's lead to three points and Henry Shefflin was introduced.

By 68:00, the game was level again. Tipperary, with Bubbles O'Dwyer in scintillating form, rustled up three points from play in a stunning 90 second spell.

The levelling score was especially glorious. Dwyer, now most definitely in the zone, had to scamper away from goal to collect a crossfield ball with two KK defenders right on his heel. He jabbed the ball speedily and, with minimum back lift to avoid the hook, he whipped the ball between the posts from a tight angle. 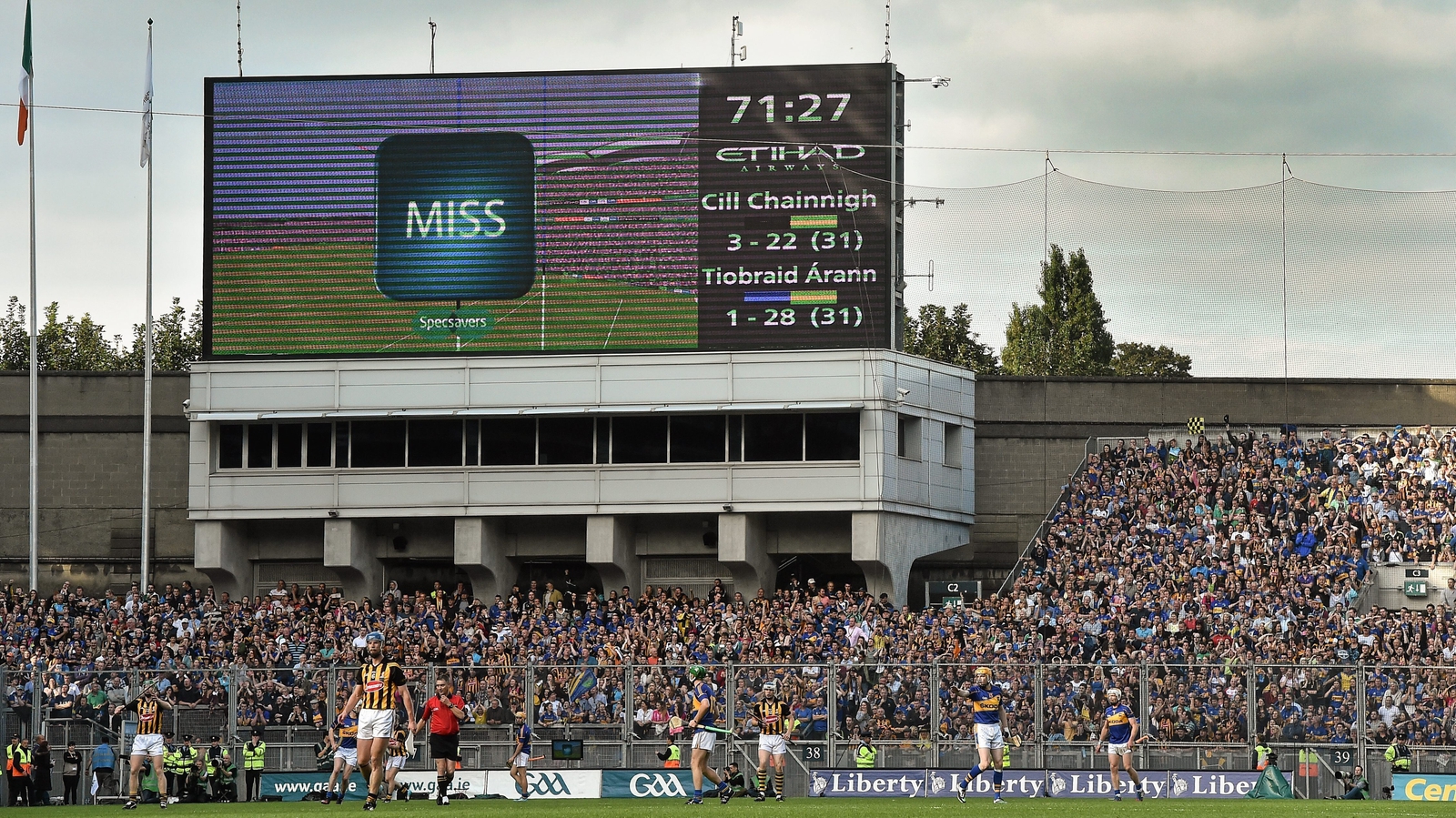 Tipperary should probably have won the game. That was the season between the introduction of the 'Nash rule' and the switch to 'goalkeepers only' on the line so penalties were not the golden ticket they usually are. Tipp missed two of them. (With less than 15 minutes left in the replay, Callanan whipped a penalty over the bar when a goal would have put Tipp one point in front).

Still, almost everyone was buzzing in the aftermath.

Even though his team had just missed out on winning an All-Ireland title, Eamon O'Shea still came off as euphoric in his post-match interview.

These days, the match usually slots in at No. 1 on listicles of great hurling games of the last 20 years.

One man, however, stood apart from the consensus.

Though he kept his feelings and opinions in check, Brian Cody seemed almost annoyed by the adulation showered on the match.

This was partly because most of the acclaim centred around the Tipperary forward display.

But it was also because it just wasn't his type of game. Cody was a defender as a player – aside from an ultimately ill-fated experiment in full-forward in 1978 – and often wears that hat on the sideline.

Any match where a defence of his concedes 1-28 can't be that great a game.

He made sure the replay, three weeks later, was more to his tastes. The rematch was a ruck-tastic affair, far from a stinker but drab by comparison.

"It must be a record in an All-Ireland final, the amount of throw-ins by the referee today," Ger Canning exclaimed in injury-time as Brian Gavin, whistle dangling from his mouth, fired one more ball into a forest of legs. That tells you enough about the game. 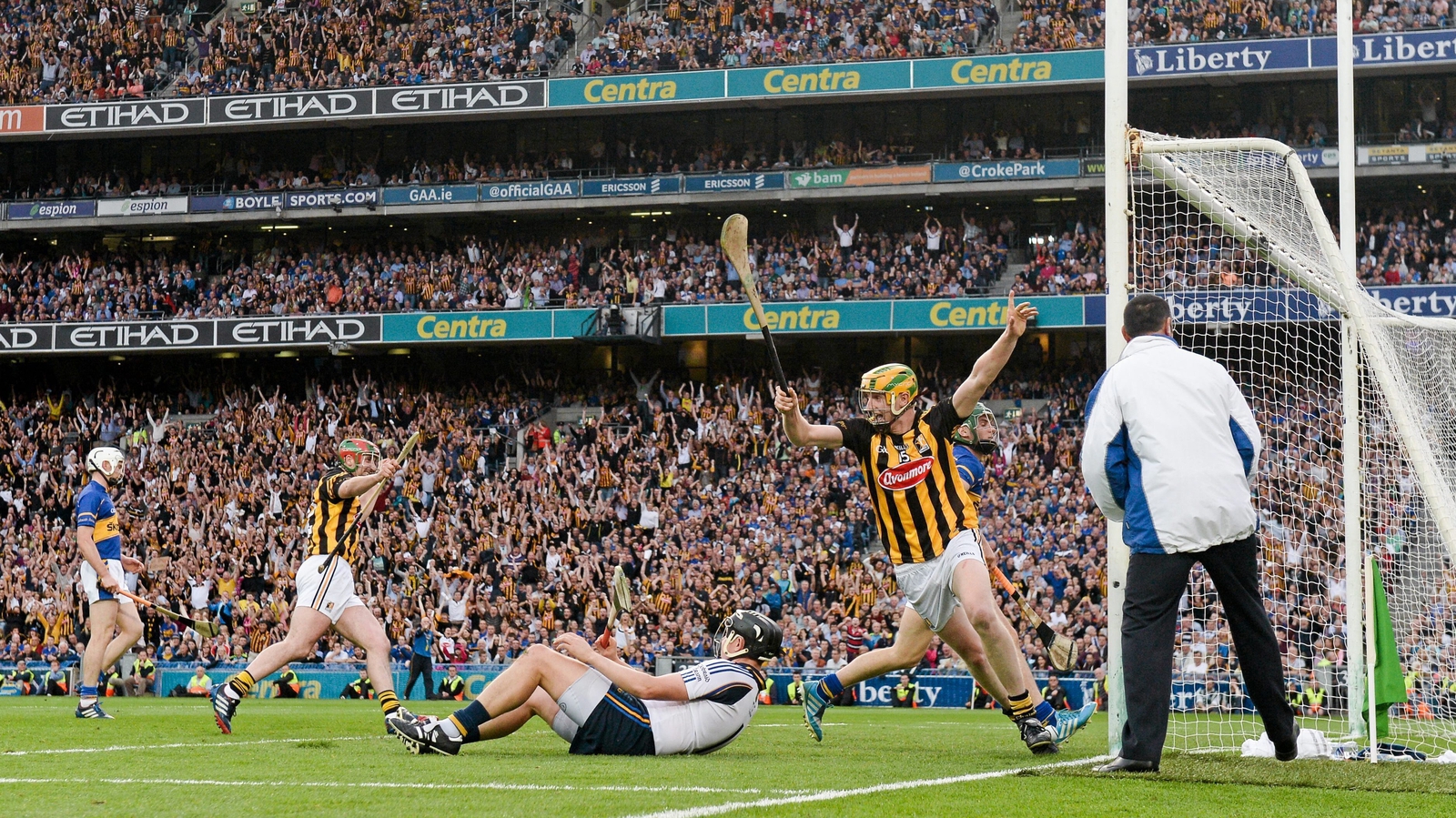 John Power batted home the insurance goal in the replay

For Brian Cody, it was a much better game, and not just, he insisted, because his team got the result.

"Saturday was a real definition of the game of hurling from the point of view that there was defending, attacking, creating, closing down, all sorts," he told reporters the following day.

"I think Saturday's game had everything."

And the celebrated drawn match?

"Maybe the previous game lacked a certain element of the quality of things that are needed in terms of being complete," was his delicate, somewhat awkwardly worded reply.

We can guess at what he means. Not enough hooks, blocks, tackles, rucks. Forwards having it all their own way.

The drawn match basically was just too Munster-ish for his liking. The replay was played on the Leinster team's terms.`

The 2014 saga is five years ago now and the Kilkenny team, in particular, are much changed. But it still bear all the hallmarks of the manager's philosophy.

Tipperary have changed remarkably little since 2014 and we're currently in the middle of Liam Sheedy's one-year plan to regain the All-Ireland.

They still sling over points with bewildering speed and have racked up an average of 29.5 per game in this championship. They retain a fondness for hammering teams into the ground. The last really tight match Tipperary won in the championship was the 2016 All-Ireland semi-final against Galway.

A high scoring game this weekend and Tipp fans will surely fancy their chances. If defences get on top and scores are hard to come by then Kilkenny could be in their element.