Cork booked their place in the final of the All-Ireland U20 Hurling Championship after a six-point victory over DJ Carey's Kilkenny side in Portlaoise.

This was both sides first ever meeting in this competition and Cork will aim to pick up their first ever All-Ireland U20 title when they face Tipperary or Wexford in the final.

Tommy O’Connell was outstanding for Denis Ring’s side at O'Moore Park, scoring 1-10 over the course of the game.

The Rebels had a great start to the game, scoring the first four points to give themselves an early lead, with  O’Connell (2), Brian Turnbull and Shane O’Regan accounting for the scores.

Kilkenny settled however and responded with three points of their own courtesy of Eoin Cody and Niall Brassil (2) to reduce the deficit to one.

O'Connell then registered the games opening goal, although his initial effort appeared to be saved by the Kilkenny goalkeeper, but the ball hit the post and went over the line, as the umpire raised his green flag.

It was tit for tat after the goal, with both sides cancelling each other out. However three successive Kilkenny points ensured a one-point gap at the break, with the scoreboard reading 1-6 to 0-8 in favour of the men in red. 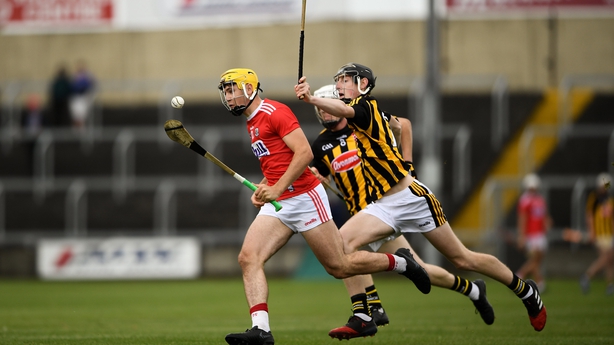 Cork were the better team in the second half, though Kilkenny took the lead just after half time courtesy of scores from Conor Heary and Cody.

O’Connell scored the next two points to turn a one-point deficit into a one-point lead, but a free from Cody levelled proceedings.

The Midleton man again added two further points, before a free from Cody reduced the gap to one, but registered the next five points to increase their lead to six.

The Rebel’s held on for a six-point victory and will face the winners of tomorrow’s semi final between Tipperary and Wexford in the final, while Kilkenny’s season ends after this defeat.

Thrilling draw between Westmeath and Armagh