Cavan forward Oisin Kiernan says he is no longer overly concerned by the smaller things in life after battling back from a cancer diagnosis.

The Castlerahan club man was a key figure in a Cavan side that reached a first Ulster final since 2001 this summer, before their championship came to an end at the hands of Tyrone in round four of the football qualifiers.

The 25-year-old was a shining light in the Breffni attack, and after a turbulent 12 months, was simply delighted to be back on the pitch doing what he does best.

Last August he received the dreaded news he had testicular cancer. From the initial diagnosis through to chemotherapy to his football comeback, a steely resolve to return to action was a motivating factor throughout.

Speaking on RTÉ's The Ray D’Arcy Show, Kiernan explained that he found "a divot, or something strange anyway", but failed to take immediate action.

"I didn’t think much of it. I just wanted to play football and get on with things."

A history of cancer in the family was a factor in taking action. His father has been hit with testicular cancer twice and also cancer of the kidneys and it was on his advice he went to the GP for a check-up. The following day he received the unwanted diagnosis. 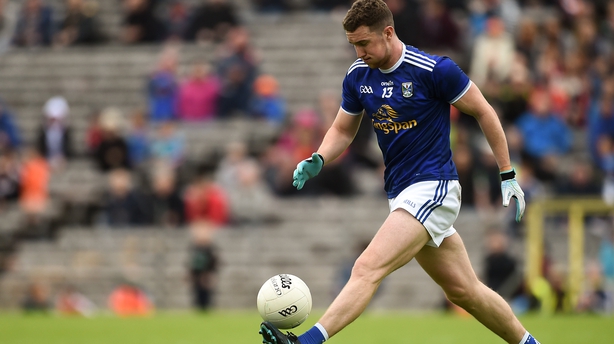 It didn’t however deter him from his football commitments. Kiernan soon returned to training and five weeks later he watched on as Castlerahan won the county final.

"I was close to playing, but under doctor’s orders I was a week or two off."

The day after the county final however, he discovered the cancer had spread to his lymph nodes and stomach. Chemotherapy was now the only course of action.

"It was what I didn’t want to hear at the time because I’ve seen what chemo does to people."

I looked sick, but I didn't feel sick

Again he simply knuckled down, with football the big focus.

"I looked sick, but I didn’t feel sick."

Admittedly, the first week was easier than he had anticipated, but then his hair fell out, another sign of the journey he was undertaking.

Still, a positive outlook was undoubtedly key to recovery.

"The energy starts to come down a bit, your taste buds change and your hearing changes a small bit, but they are minor."

Contrary to previously held wisdom, the medical advice was to get back into training as quickly as possible - "the doctors said to push the body" - and he duly did.

In February he went for a scan and a month later got the news he had been waiting for.

"In my head I felt I was going to be clear, I felt good. It was a relief for everyone."

Kiernan quickly rejoined the Cavan panel as they embarked on a memorable campaign and while he says he has always been a laid-back character by nature, the episode has opened his eyes even further.

"I look at the bigger picture. I take a step back and try not get bogged down by the smaller things."