At least he can laugh about it now. In the lead-up to the 2017 All-Ireland minor football decider, full-back Conor McCluskey recalls finalists Derry being advised by Clare manager Séamus Clancy to put "two or three" on ace forward David Clifford.

The Banner mustered two points in the first half of the Munster final, and half that for the second period as the Kerry juggernaut ran out 2-21 to 0-03 winners. The towering attacker, who plundered 2-08 against Cork in the previous round, helped himself to half a dozen points in a dazzling display of power and accuracy. A minor man against minor boys.

The Oak Leaf County were aware of the jewel in the Kingdom crown, but were emboldened after lowering Dublin colours in the semi-final. The feeling was, how much damage could one player do?

Despite ceding more than six inches in height, the tigerish McCloskey was given the thankless task of keeping tabs on the Fossa star, but within 10 seconds of the throw-in, Derry's hopes were on life support.

Under the gaze of Hill 16, Clifford demonstrated what all the fuss was about as he soared above McCloskey, stepped off his right and rattled the back of the net. The crowd in attendance and TV viewers watched in anticipation for the next ball played into the scoring zone. It arrived less than four minutes later and Clifford rifled over a point. "I didn't expect how good he was going to be," the Magherafelt club man says, who had yet to play senior for his club. "The way he holds the ball makes it almost impossible to tackle. His physical strength means he can throw you off like a rag doll. With those big hands, he holds the football the way you hold a tennis ball."

At the interval the Ulster champions rearranged the deck chairs of the Titanic by putting a taller player on him, yet the teenager ransacked Derry for 2-02 either side of the break. He concluded his minor career as an All-Ireland winning captain and with a haul 10-68 in 12 championship matches.

We thought he couldn't be that good

"We were expecting a more defensive setup from Derry," the scorer-in-chief admitted post-match.

And what of Clancy's advice to double or triple the teen sensation?

"We thought he couldn't be that good," says McCluskey who was named in the 2017 minor team of the year. "In hindsight it might have helped a bit."

It wasn't only on GAA pitches that David Clifford was making his mark as a young footballer. Killarney Celtic employed the tall teenager as a centre-back and he was a regular for the years he was involved and featured in the Kennedy Cup.

"Everybody in the Kennedy Cup thought they were going to be signed," he admitted earlier this year, but soon the focus shifted solely to the size five.

Liam Brosnan knows the shaggy-haired footballer as well as anyone. From Kerry Development squads to his role as Sigerson coach in IT Tralee, he has witnessed and aided the upward trajectory from U-14 level.

"Even back then," he recalls, "he could do it all.

"The size was an obvious advantage, but the skill levels and temperament set him apart.

"He's good fun, but he's not a messer like some lads that age. He's a leader." 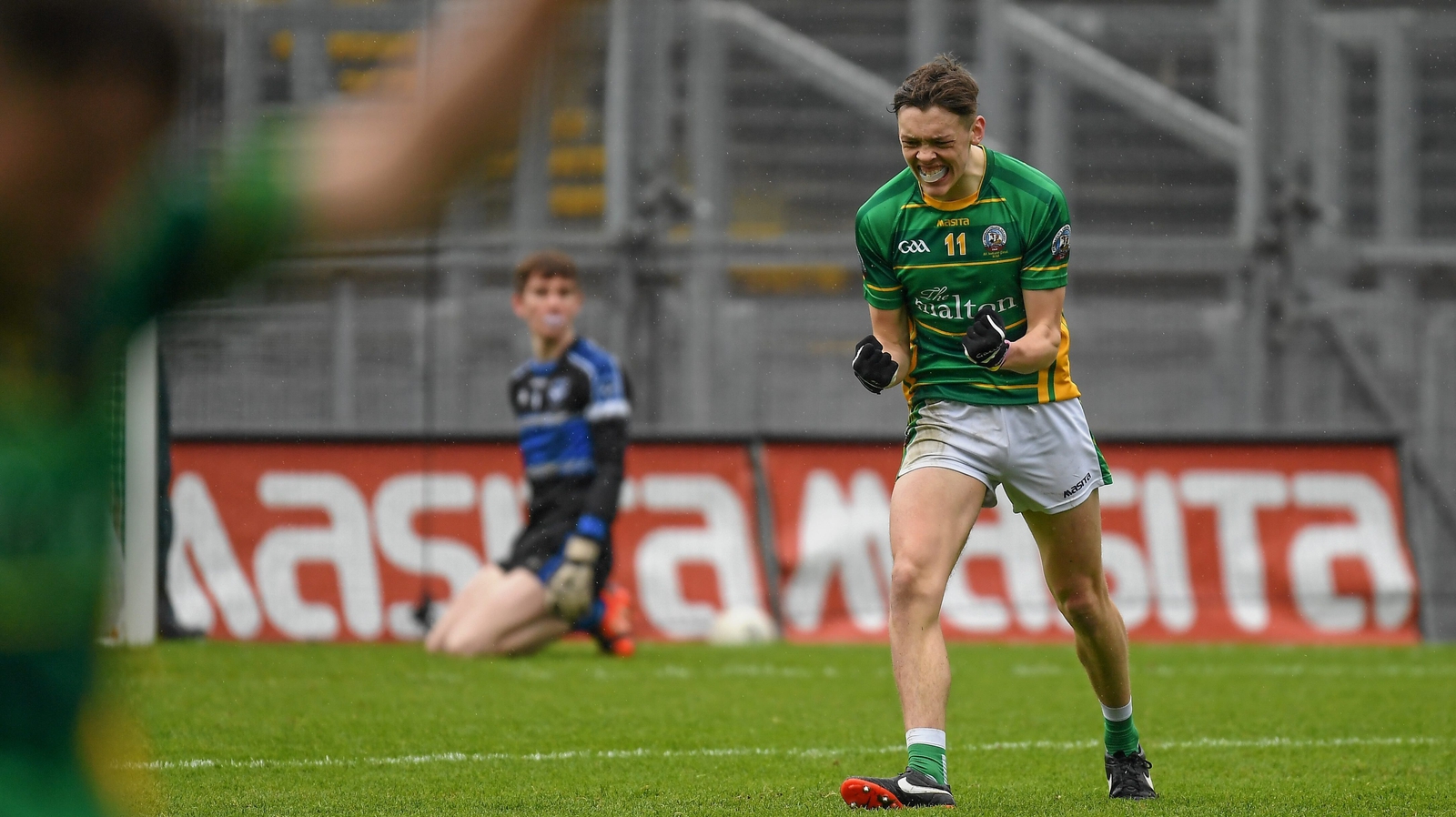 Prior to 2016, the last time St Brendan's secondary school were crowned the best in the land was 24 years previous with Séamus Moynihan driving the students to victory.

Three years ago it was Clifford who led the cast to Hogan Cup success, his 2-05 just one point shy of St Pat's of Maghera's total, as the talk around the prodigious talent spread around the county like wildfire. Less than a fortnight later he made his minor bow for the Kingdom in the facile win over Waterford.

Soon news of the most precocious underage talent since an adolescent Joe Canning burst on the scene was seeping outside county bounds. Even the normally understated Peter Keane couldn't play down the firepower at his disposal. In the aftermath of 2017 drubbing of Cork, where Clifford outscored the Rebels team, the Kerry manager was asked why he didn't haul the Fossa man ashore with the game safely wrapped up.

"If you've a Merc, do you put it in the garage?" came the succinct reply from the man who will put a lot of faith in the 20-year-old for today's Super 8s encounter with Donegal in Croke Park. 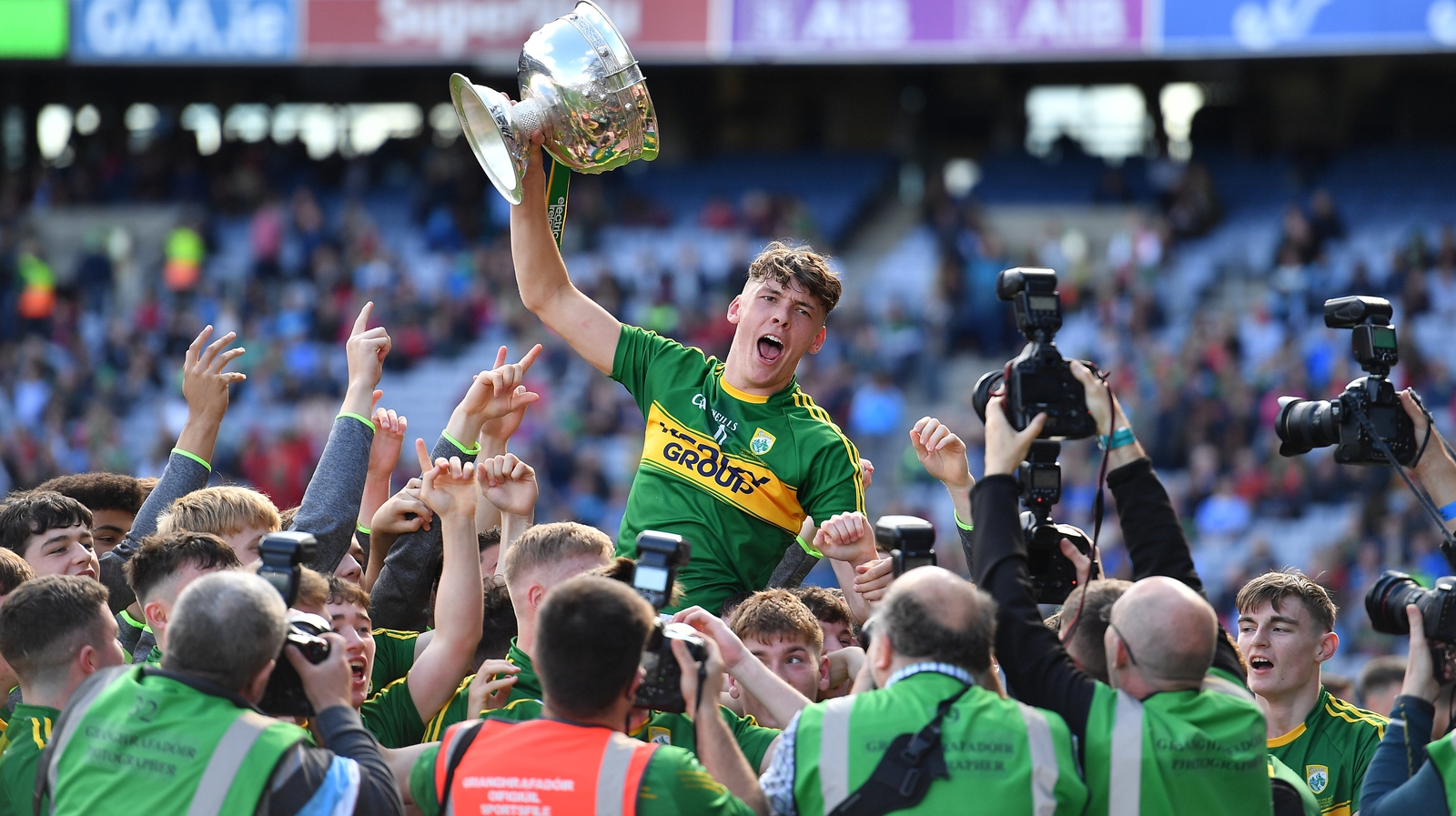 Lifting the Tom Markham Cup in 2017

After devastating performances at the minor grade that included two All-Ireland medals and being named the 2017 Player of the Year, there was widespread fear that the AFL vultures would swoop.

A mischievous tweet from the league's official account added fuel to the fire, but Clifford says there was never any contact made. In any event, a meeting with senior manager Eamonn Fitzmaurice was enough. His future lay in green and gold, but just how high could he soar?

While the talk in Kerry was about a budding teenager making the step-up to senior, a four-time All-Ireland winner was preparing for what would be his final season with Kerry.

Darran O'Sullivan's injury setbacks were proving difficult to ignore, but for one last year he was ready to do whatever it took.

The Glenbeigh man didn't know the new arrival to the panel personally. He'd heard the stories and seen a few games, but many minors before him have possessed skill and size. Did he have the temperament?

"It [attention] seems to be water off a duck's back to him," he says. "When he came into training, he was relaxed. The body language was so positive."

O'Sullivan contrasts his own foray into the Kerry set-up in 2005 - "I wouldn't have said boo to a goose, I just wasn't confident enough to be voicing my opinions" - to that of the towering forward, who was more than willing to speak up if he felt it was required. 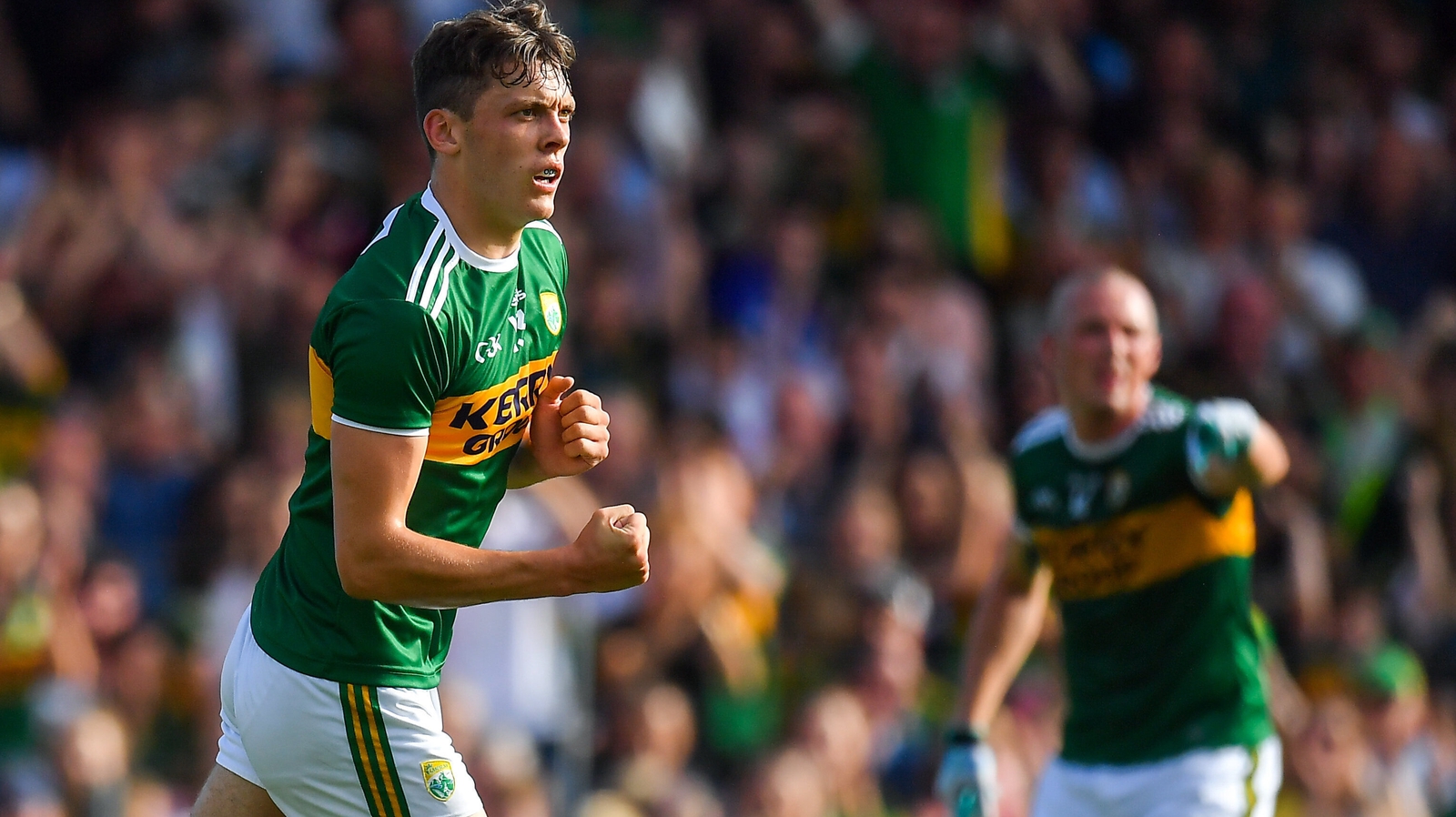 "Even what he came out with, it wasn't for the sake of talking, his points were valid. That confidence is key."

O'Sullivan argues that the timing of his arrival has made the transition to the senior ranks somewhat easier. Fitzmaurice's swansong was without the retired Bryan Sheehan and Marc Ó Sé, while the latest batch of departures, O'Sullivan included, saw 13 All-Ireland medals leave the stage.

Clifford is reacquainted with Keane while many of the minor tyros are also making their presence felt.

It is just 17 months since his senior competitive bow. On a crisp January evening last year he was the focus of attention in the league opener against Donegal on the familiar Killarney turf.

Kerry's youthful gunslingers came a cropper in the inaugural Super 8s, but Clifford was the star that shone brightest. In those three games he nailed both of his frees, scored all four of his goal attempts and his 12 points gave a scoring percentage of 71%. A third of those came with his right foot.

The Fitzmaurice era ended with a 12-point win over Kildare, the damage done in round one against Galway, but the changing of the guard was plain for all to see. As O'Sullivan, Kieran Donaghy and Anthony Maher made their final appearances for the Kingdom, the young marksman was the standout player in Killarney with 2-06 to his name.

The All-Star was a foregone conclusion, the Young Footballer of the Year almost a one-horse race, all the more impressive given Brian Howard's All-Ireland eye-catching performances for Dublin.

"Even though things weren't going great for Kerry, you'd expect a young lad to suffer, but he stood up. There must have been a few question marks in his own head as a great minor, can he bring it into senior?" says O'Sullivan.

"It must have reinforced the feeling that he belonged. 'I can be the main man' and that is what he has shown, which is fairly phenomenal at 20 years of age."

Clifford has completed three years of his Health and Leisure course in Tralee, but Brosnan and the college have had little chance to utilise his talent on the pitch.

Last year Kerry didn't want the player involving himself in early season college football and Brosnan voiced his views that the early-season injury suffered in Castlebar was "inevitable" due to the demands placed on him.

Keane however was happy for the youngster to try and end the college's winless 12 years in Sigerson action, but a shoulder injury intervened. He has togged out once in two years in Tralee colours, but has been a welcome addition on the sideline.

"He was nearly one of the selectors," says Brosnan.

This year's league final defeat to Mayo was only his second outing in six months, and last week's performance against the same opposition was another man-of-the-match award to put in the bulging trophy cabinet.

David Clifford delights the home fans with this brilliant strike from the sideline. Kerry lead by eight and it's not half-time.

The sweetly struck sideline point was nothing Brosnan hasn't seen before. The week before the Sigerson Cup, Clifford was keeping an eye on training from the sideline, lending support to his peers.

After the session, with no-one paying much heed, Clifford decided to try his luck from distance with the ball closest to him.

He chipped it up and with nonchalant execution, curled it over the bar from beyond the 45m line.

"He was in a pair of runners," Brosnan says. "It was something else."

Those within the Kerry camp have tried their best to dampen expectations over what Clifford can achieve, mindful that he is still learning his trade. 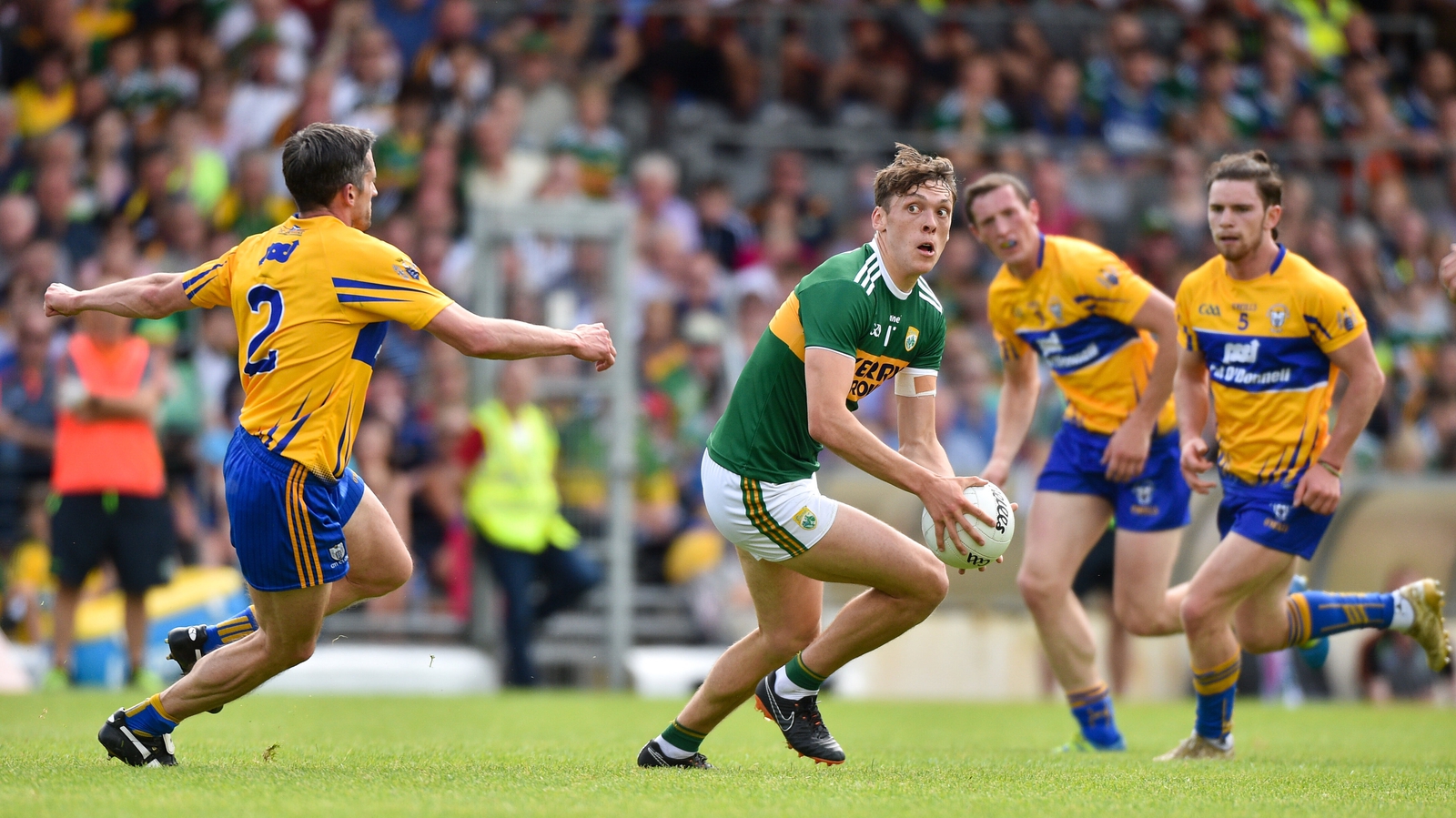 On his championship debut against Clare last year

Outside of county bounds, there is hope that the man from Killarney hinterland could be key to cracking Dublin, a tall order for a player yet to face Jim Gavin's side in championship fare.

"Nobody's perfect, but it's hard to pinpoint a weakness for him," O'Sullivan observes. "He's as efficient off the right as his left, his hands are good and he has the size. It's hard to say he needs to work on anything. It's more about fine tuning. There doesn't seem to be room for much improvement at the moment."

Already developing into something of a leader in the side - Clifford is one of only six All-Star recipients in the current team - Brosnan envisages a glittering career ahead in the green and gold.

If he can avoid injury, I think he is going to be one of the best we have ever seen

"He is a freak of nature. The big occasion doesn't rattle him and he's a team player. He'll pass before he'll shoot at times himself.

"I wouldn't say it too lightly as we have seen a lot of good footballers in the country, never mind Kerry, but if he can avoid injury, I think he is going to be one of the best we have ever seen."