After guiding Kilkenny to a Leinster Under-20 title with victory over Wexford, DJ Carey was quick to point out that his young guns have much to work on ahead of the All-Ireland semi-final.

The Cats picked a 26th title at the Under-21 or Under-21 grade with a two-point success at Wexford.

Assessing the game afterwards, Carey told RTÉ GAA correspondent Brian Carthy: "At the end of the day it was a great achievement. We came down to Wexford with young lads against a county who were going for three titles.

"I thought we put in a great first-half performance against the breeze. In training we worked hard on our defensive structure, we had to hold onto the ball as much as possible in that first half. 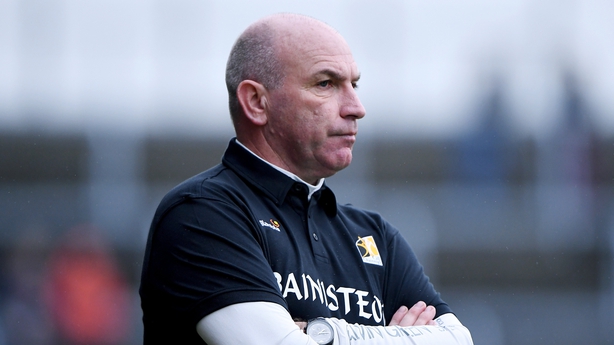 "We went in two up at half time. Wexford came at us in the second half, they showed great spirit. I fully expected they would. They have an excellent manager in MJ Reck.

"Maybe we weren't quite as good in the second period."

That latter statement leave much to ponder on for Carey with Cork or Tipperary next up.

"We have stuff to work on and we will need to improve from tonight," he added.

"We won't beat Cork or Tipp with that performance. Wexford won't beat them either.

"Let's be honest, we re now playing catch up at underage level, we have to try and get to the bar that other teams have raised."

Well done to DJ Carey his management and the U-20's on their Leinster Final win this evening. pic.twitter.com/XWm0TsdJTD