What a story for Laois. I think we might have expected the Joe McDonagh Cup win from them but it was an amazing win last Sunday against Dublin.

We've already seen some great emotion this summer in hurling when Dublin beat Galway in Parnell Park and when Limerick won the Munster Championship but I think the Laois win topped everything.

It’s been amazing what Eddie Brennan and Niall Corcoran have done in eight or nine months and there was no fluke about it, Dublin drew level  with ten minutes to go and the general feeling was that Dublin’s power  and experience would tell but Laois dug and forged a famous win.

Their prize is a brilliant day out and an All-Ireland quarter-final against Tipperary.

It’s going to be tough for Laois though. Tipperary are forewarned and they’re going to be very sore after the Munster final.

Prior to the Munster final Tipperary had shown unbelievable form, they were red-hot up front, they had averaged over 30 points a game but they had a brutal last 20 minutes against Limerick.

That’s going to hurt them and Liam Sheedy and they’re going to want to put the record straight and Tipperary in games like this can be quiet ruthless.

With the extra space the Tipperary forward line are going to get in Croke Park, I expect them to win the game.

It’s tough on Laois to have three games in 14 days. That didn’t work for anybody last year in the round robin in Munster or Leinster and they found it very difficult.

So physically and mentally it’s going to be very tough for Laois and I’d have Tipperary to win it reasonably well. 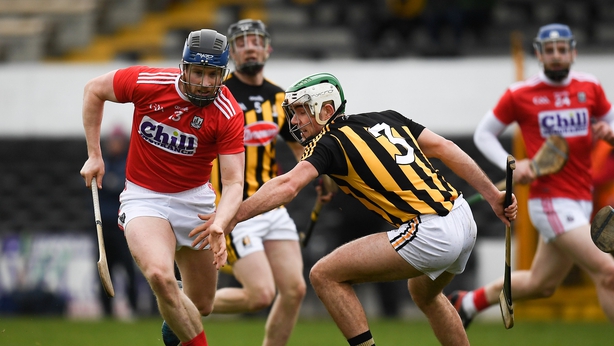 It’s a game to savour  and I find it difficult to call it.

I think Kilkenny this summer have failed to ignite. When they started the Championship against Dublin and without so many players, the likes of Eoin Murphy, Walter Walsh and Cillian Buckley were all out.

My view was that when they started to come back into the team, that Kilkenny would get stronger and stronger. A number of them have come back in now but Kilkenny just haven’t got going yet.

But they are Kilkenny and you have to have the utmost respect for them and TJ Reid is still in brilliant form up front.

This Cork team has been together for a while now and they’ll be hurting after last year – six up against Limerick and Limerick forced a draw. They have unfinished business in Croke Park.

Against Westmeath they scored 1-40 with Pat Horgan, Alan Cadogan, Robbie O’Flynn and Conor Lehane all firing. Luke Meade and Daniel Carney didn’t start and they’ve to come back into the mix so there’s an embarrassment of riches for Cork.

Cork will have two or three of those lads to come off the bench and that could make the difference.

I don’t write of Kilkenny easily and they could well prove me wrong as they have in the past but I think Cork will win it in the last quarter with those subs coming off the bench.