Lee Keegan returns to the Mayo in place of the injured Paddy Durcan for Mayo's hotly anticipated Super 8s opener against Kerry on Sunday afternoon.

The good news for James Horan's team is that 2016 Footballer of the Year Keegan is fit to play, despite rumours of a lengthy layoff during the narrow win over Armagh in the Round 3 qualifier.

Otherwise, the Mayo team is at it was for the Galway game.

Kerry, meanwhile, have made one change to their starting XV.

Dr Crokes wing forward Micheál Burns has been promoted to the first fifteen with Jack Barry dropping out. That is the only change to the team that edged past Cork in the Munster final in Páirc Ui Chaoimh.

Michael Darragh Macauley has been named to start in the Dublin midfield for Sunday's All-Ireland SFC Super 8s showdown with Cork. 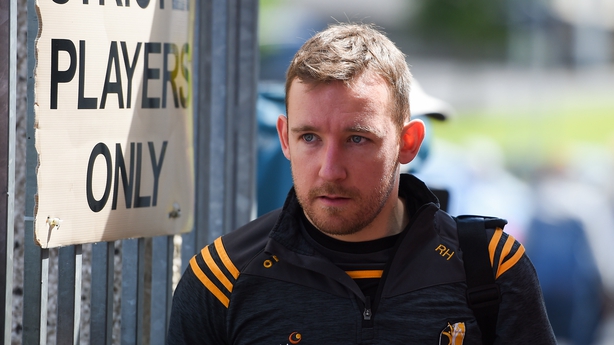 Richie Hogan is back in the Kilkenny starting line-up for Sunday's All-Ireland SHC quarter-final clash with Cork as Brian Cody makes four changes to the side which lost the Leinster final to Wexford in late June.

The 2014 Hurler of the Year will start in the half-forward line, replacing three-time All-Ireland winner Walter Walsh.

In a boost for Cody's side, Cillian Buckley is deemed fit to start, the two-time All-Star having sat out the season with injury thus far. He replaces Enda Morrissey at wing back.

Elsewhere, Conor Browne will now parter Conor Fogarty at midfield in place of James Maher, while John Donnelly comes in for Alan Murphy at corner forward.

Cork, meanwhile, have made three alterations to the team which cantered past Westmeath in last weekend's preliminary quarter-final.

Sean O'Donoghue, Luke Meade and Daniel Kearney, all of whom started every Munster round robin game, return to the starting line-up, with Christopher Joyce, Tim O'Mahony and Shane Kingston making way.

Liam Sheedy has made four changes to the Tipperary team that was soundly beaten by Limerick in the Munster final late last month as they gear up for their quarter-final tie against Laois.

Cathal Barrett and Niall O'Meara have both recovered from injury, replacing Seamus Kennedy and Jake Morris respectively, the latter switch meaning Jason Forde shifts back into the full-forward line.

Perhaps more significantly, Ger Browne replaces Michael Breen at midfield. Breen, who starred in the round robin, was withdrawn at half-time in the Gaelic Grounds and is now dropped to the bench.

Alan Flynn is the fourth player to break into the starting team, taking Steven O'Brien's spot at corner back.

Laois manager Eddie Brennan has made no changes to the team which shocked Dublin in O'Moore Park last Sunday.

Meath have named an unchanged team as they dip their toe into the Super 8s shark pool for the first time in Ballybofey.

Mickey Newman was a doubt after colliding with a goalpost when palming home the crucial second goal against Clare this weekend but he has recovered in time to start. 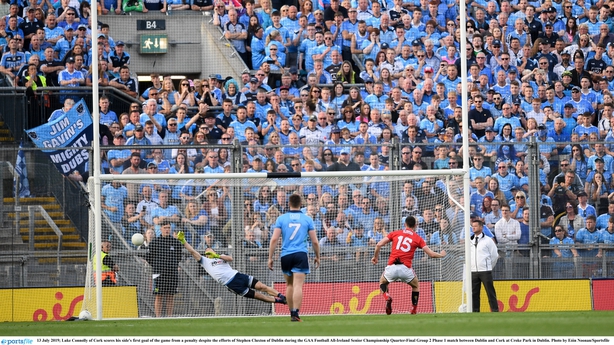 Macauley comes in for James McCarthy, who hobbled off 32 minutes into the Leinster final defeat of Meath.

A scan on his knee revealed the injury was not as bad as initially feared but Jim Gavin has elected not to star the Ballymun man at Croke Park on Sunday, giving Macauley the nod to line up in midfield alongside Brian Fenton. It's the Dubs' only change.

Meanwhile Cork manager Ronan McCarthy has made one change to his team as they face up the challenge of Dublin in Croke Park on Saturday evening.

McCarthy has drafted in Fermoy's Tomás Clancy at centre back in place of Kevin O'Donovan, the only tweak to the side which demolished Laois in the Round 4 qualifier in Semple Stadium last Saturday.

After a number of years thrashing about in the doldrums, it is the first time Cork have reached the last-eight since 2014, when they were pipped by Mayo in a tight All-Ireland quarter-final.

It is their first championship meeting with Dublin since the quarter-final of the previous year, when Conor Counihan's team lost by five points.

Devaney spent the aftermath of the Connacht final success on crutches, having been withdrawn injured during the first half against Galway. Darcy, from Padraig Pearses, replaced him on that occasion and is now elevated to the starting XV.

The Roscommon team is otherwise unchanged as they seek to banish the demons from last year's Super 8s which saw them ship heavy defeats in all three matches.