Laois will play in the Leinster championship next year after getting the better of midlands rivals Westmeath to claim the Joe McDonagh Cup at Croke Park.

An early goal sent Eddie Brennan's men into a lead they never relinquished and though Westmeath kept them on their toes for long periods, a third major midway through the second half effectively settled the contest.

A clash with the Munster final likely contributed to the sparse crowd for the most entertaining period of the game, with Westmeath a beaten docket by the time most of the Wexford and Kilkenny fans shuffled in ahead of the Leinster final.

Brennan always had an eye for goal in his playing days and his side raised a green flag in just the fourth minute, after Westmeath's Killian Doyle had opened the scoring with a sumptuous sideline cut.

Centre-back Aonghus Clarke stumbled under pressure from Ross King and the Laois forward pounced on the loose ball to fire it past Conor Lynch and into the net.

Shane Clavin responded with a point from distance but the first half quickly turned into a shooting contest between two excellent 11s: Doyle of Westmeath and the O'Moore men’s Mark Kavanagh.

The pair scored the next eight points between them, all but one from play, including a brilliant recovery from Doyle after he had initially dropped the ball. 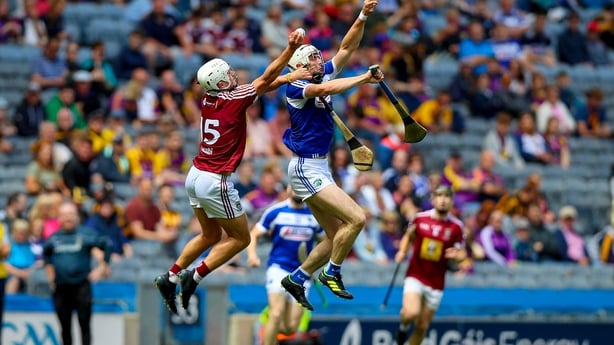 When Clarke lofted one over from his own half in the 17th minute the Laois lead was back a single point but then Aaron Dunphy plundered 1-01 in a minute.

The Laois forward reacted quickest when a puckout was batted down in his direction before scoring a superb goal.

The wing-forward took possession on the 45, took off towards goal and buried a shot into the top left corner from 20 metres.

Westmeath hit back within three minutes as their two standout performers linked up. 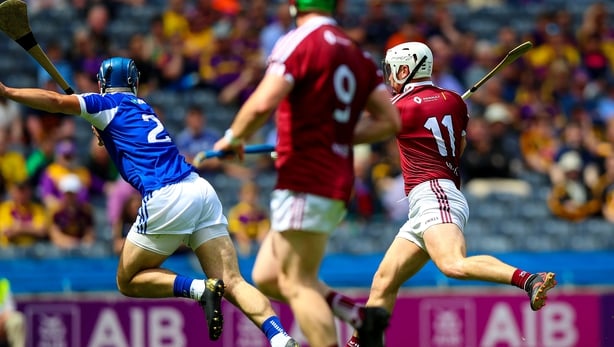 Clarke and then Doyle both made driving solo runs before the forward hit a low shot past Enda Rowland in goal.

Dunphy and Westmeath’s Joey Boyle both had mishit efforts on goal saved and Charles Dwyer and Cormac Boyle got the final scores of the half as Laois took a 2-11 to 1-10 lead into the break.

Backed by a healthy breeze, Westmeath hit the first two scores upon the resumption through Doyle and Allan Devine and the gap was still two by the 46th minute when Stephen Bergin was introduced as a blood sub for Kavanagh.

Bergin made an immediate impact, firing the ball into the net at the near post after a superb run and hand-pass by Paddy Purcell. 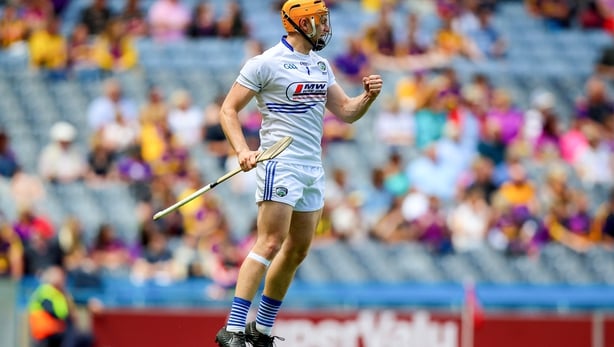 Doyle, along with subs Ciarán Doyle and veteran Derek McNicholas, all scored to try and keep the game alive but Kavanagh returned to the fray to dispatch a series of frees and stretch the lead to six points.

Over the closing 10 minutes, Westmeath were waiting for the mercy of the final whistle as Laois outscored them 10-3 to put a sheen on the scoreline.

Joe Quaid will now try to rally his side for a preliminary quarter-final next week against Cork that looks a tall order but Laois will be confident of giving next year’s Leinster opponents Dublin a stiff test.