When she was just 20, the Leenane youngster was thrust into the limelight after she was picked to take part in TG4's Underdogs.

It was a profound experience for Coyne, who’s now 30, and something that she could bank for when she opted to change codes, and eventually was selected to represent her country on the rugby field.

But still, nothing would prepare her for a World Cup on home soil.

However, in 2017 the expectations levels were unprecedented, and the only way was down.

"What an experience, to put an Irish jersey in front of your home crowd, family and friends," said Coyne.

"But we don’t know what went wrong. There were issues going on behind the scenes, and it was all very draining.

"It was brilliant to be part of it but it took a lot out of us.

"The amount of training and being away from home, family and friends. It took its toll, especially on me, I am a home bird and being away for two months not seeing anyone, it took a lot out of me.

"It was exciting but I was so nervous before we played. We were expected to do really well but things didn’t fall our way."

Ireland finished eighth and soon Coyne would return to the Galway ranks to play Ladies football again. But she hasn’t ruled out reappearing in a Galwegians, Connacht or Irish No 15 jersey in time.

For now, she will make do with any jersey in the match-day squad (she's listed as number 23) for Tim Rabbitt’s forces when they clash with Mayo at MacHale Park in Castlebar on Sunday (4pm, available to view on the LGFA's Facebook page).

Coyne has won four TG4 Connacht SFC medals already and her journey also began in a provincial final against Mayo in 2009, shortly after her adventure in the Underdogs.

"I didn’t know what to think of it at the start, I was really nervous. There was no one else from Galway," said Coyne. 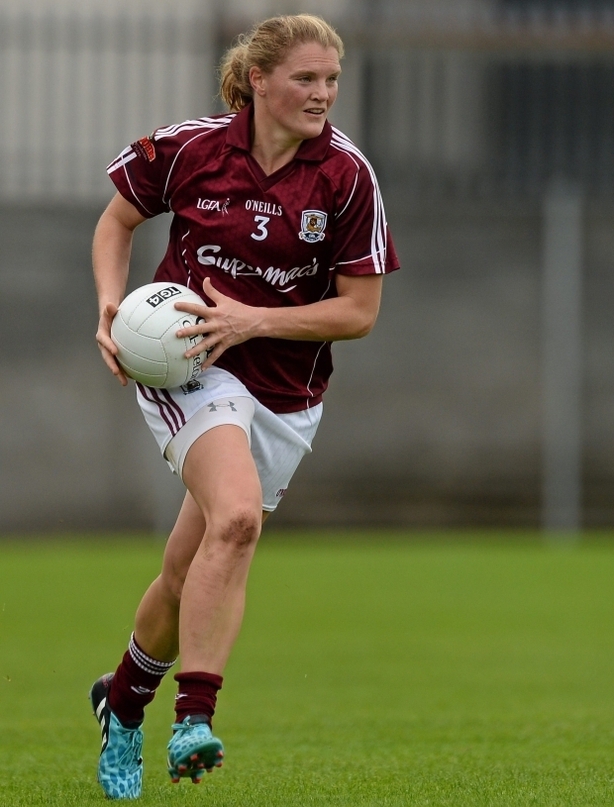 "I was keeping to myself at one point and trying to stay away from the cameras. I was so anxious, they only got me once speaking on the camera because every time I saw one I was running away from it.

"I was a really shy person back then. It was tough having a whole camera crew following you. But it actually helped me a lot with the Irish camp.

"Usually there are cameras that come with that. But I was used to it at the stage, because the cameras were following you everywhere you went with the Underdogs.

"It was daunting at the time but you got used to it."

Now 30, Coyne has just come through one of her toughest years, which included surgery on an ongoing knee cartilage injury.

She works in Elvery’s Sports in Galway City and lives in Salthill, but relishes the opportunity to take a trip out to Connemara where the family sheep farm awaits.

"It’s so good to go from being stuck in traffic every day to being able to go home to this peaceful countryside," said Coyne.

"You get so much fresh air and you are actually able to enjoy the landscape, it’s just amazing.

"We gather the sheep with Milo, our dog. We go halfway up the mountain and the sheepdog does all the work for us.

"But you are walking up hills for hours. It’s a good old workout, a good cardio session."

And Coyne will need all of her training and years of experience on every pitch possible to cope with some of the best forwards in the game this weekend.

"Mayo have Sarah Rowe back again from Australia. She had a great season down there and will be flying fit," said Coyne.

"But they have Niamh and Grace Kelly in the forwards too. And they are a young team coming up as well. They have a lot of players we mightn’t even know of because they are just coming into the squad.

"Hopefully we can just get the win."