So far in this decade, Donegal have contested eight out of the nine Ulster finals that have been played.

It's quite an achievement for a county that only won its first Anglo Celt Cup in 1972.

For Donegal boss Declan Bonner, he is happy that his charges are 70 minutes away from retaining the title, but getting the job done is all that matters.

Speaking to RTÉ GAA correspondent Marty Morrissey, Bonner said: "The Ulster final in Clones is a special day and it's where every team wants to be in Ulster. We're lucky enough to be there again and are looking forward to it.

'At the end of the day, there's no point going to Clones on Ulster final day unless you win it'

"We went long enough without being there so we'll take every one we can get at this stage. Some of the guys have played in eight finals, some are playing in their first final this weekend.

"At the end of the day, there's no point going to Clones on Ulster final day unless you win it.

"If we can get our level of performance to where we know we can get to then we're in with a big chance.

"I think we will have a good final and a very open game. The majority of GAA people in the country are looking forward to it." 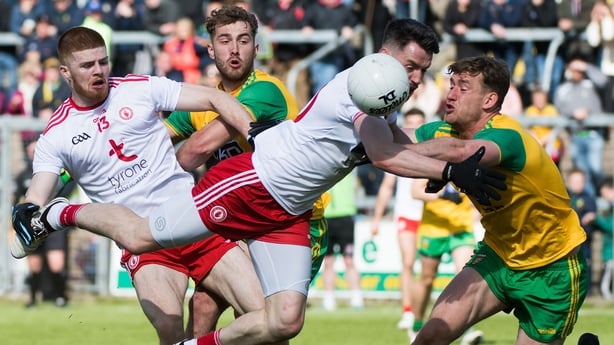 After their impressive win over Tyrone a fortnight ago, Donegal are now seen as a side that can go far this summer and are also being talked up as the only genuine threat to Dublin.

Time will tell in that regard, but for Bonner his focus is solely on making this year's Division 2 champions a more formidable outfit.

He continued: "Football has changed a lot in the last few years.

"The teams that have had the most success - Dublin, Mayo, Kerry - play a more advanced type of football that is more offensive. Naturally we're trying to play more offensive but we also want to get our defensive system right. That takes a lot of work, a lot of work on the training ground.

"Bit by bit we're getting there but we're far from the finished article. We still look to improve every night we go out.

It maybe a cliché when managers talk about a mix of youth and experience, but the current Donegal squad looks well served in that regard. 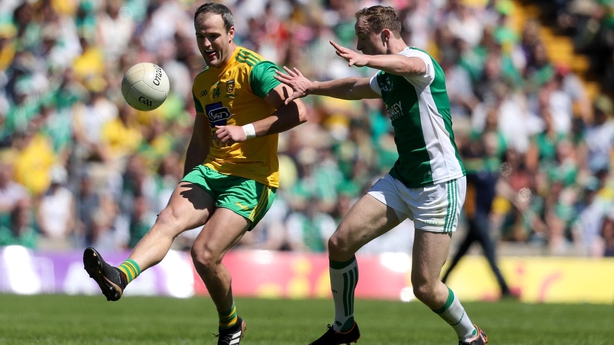 "The older lads are still important to the group like Michael Murphy, Leo McLoone, Paddy McGrath, Neil McGee and Frank McGlynn. They are real leaders on and off the pitch.

"You have a number of lads that are in between like Hughie McFadden, Patrick McBrearty, Ryan McHugh and Eoin McHugh

"And then the younger contingent of Jamie Brennan, Eoghan Bán Gallagher, Stephen McMenamin, Jason McGee, Michael Langan and Niall O'Donnell. There's a fair sprinkling of youth and experience and that's vital to the whole mix."