Offaly will play in hurling's third tier of the Championship in 2020 after being relegated from the Joe McDonagh Cup by a Kerry team that hurled heroically against the Faithful's 14 men for most of this dramatic contest in Tralee.

While the day will be remembered as the lowest point in Offaly's proud hurling history it would be remiss not to give Kerry due credit for not only pulling off a historic result against one of the game's erstwhile bluebloods, but also for the way the bounced back from the previous week's drubbing by Laois to win here and preserve their Joe McDonagh Cup status.

A goal on the cusp of half time set the home side up for a 1-07 to 0-06 half time lead despite Offaly playing with a stiff wind but the Faithful's cause wasn't helped when they had Peter Geraghty sent off in the seventh minute and then had a penalty saved four minutes later.

Shane Dooley's goal four minutes after the restart hauled Offaly right back into contention and from there to the end it was a battle of wills as much as anything with both teams guilty of several poor missed scoring chances.

A draw would have done Kerry but with Offaly unable to engineer that second crucial goal they so badly needed Kerry finished their campaign that is as valuable to them as it is crippling for Offaly hurling.

Playing with a stiff breeze Offaly raced into a four-point lead inside six minutes but in the seventh minute Geraghty was sent off on the instruction of a linesman who saw the Offaly wing-forward as the perpetrator for an off the ball clash with Kerry defender Daniel Collins. 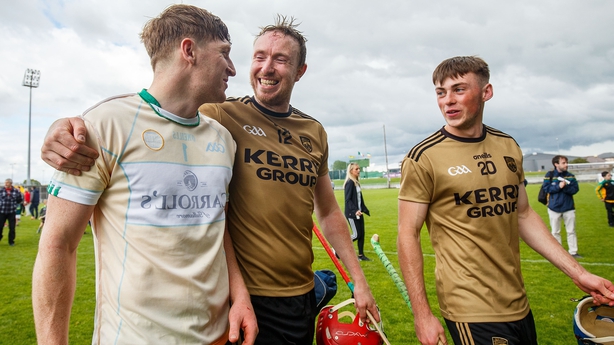 It probably shouldn't have, but the loss of Geraghty seemed to throw Offaly's structure and confidence into a spin, and worse was to come when Dooley had his well struck 13th-minute penalty pushed away by John B O'Halloran after Kevin Connolly was caught high as he drove at the Kerry goal.

That miss really torpedoed Offaly's confidence - or more to the point it gave Kerry a lifeline they hardly deserved after a poor opening 10 minutes - but the home side really got to grips with the game thereafter.

Shane Conway had pointed Kerry's first score in the ninth minute and another two converted frees in the 16th and 17th minutes hauled Kerry right back into contention.

Sean Cleary landed Offaly's fifth - their first score in 14 minutes - but points from Jack Goulding and Patrick Kelly had the teams level, 0-05 each, after 25 minutes and then Conway's 28th-minute free gave Kerry the lead for the first time.

Conway and Dooley traded frees in the closing minutes but then Kerry struck for a crucial score with Conway playing in Padraig Boyle who lashed the ball past Eoghan Cahill to give Kerry that four-point interval lead. 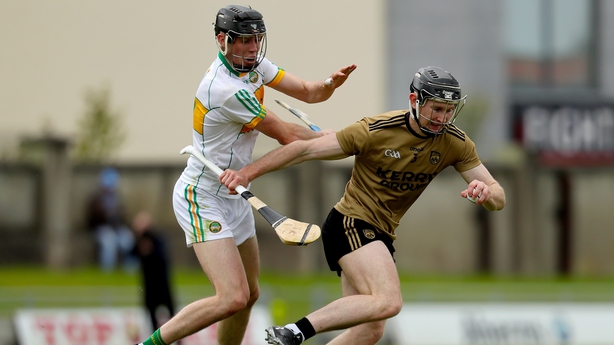 After Cleary cut the gap to three on the restart Kerry could and should have distanced themselves further when Jordan Conway went one on one with Cahill who saved smartly from the Kerry man's shot, and Cahill had to react again to Padraig Boyle's shot out before Colum Harty tidied up with a Kerry point.

The Offaly goal arrived when Bryan Murphy failed to clear and Dooley pounced to strike, but the Faithful lacked real conviction and menace and composure and struck far too many wides as Kerry kept a slender lead with Conway converting six frees in the second half to help Kerry to a historic win.

So it's Christy Ring Cup hurling for Offaly next season and a winter of discontent, or at least some serious soul searching before that, while Kerry will reflect on a bumpy McDonagh Cup campaign but one that ultimately ended in a victory in every sense. 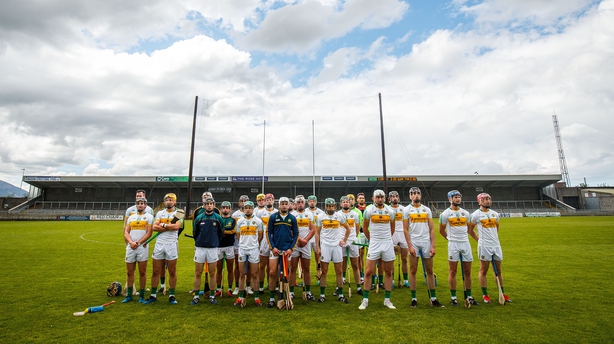