Euphoric scenes from Roscommon fans greeted the county's win over Mayo in the Connacht semi-final three weeks ago.

Not quite the shock outcome as some would lead you to believe, but 33 years is a long time waiting for the Primrose and Blue to sample that winning feeling at MacHale Park.

No surprise then what we witnessed on 25 May as the Rossies made it through to another Connacht final. As has been the case since 2016, Galway will be their opponents at Pearse Stadium this Sunday afternoon.

"I got the ball in a good bit of space, got ahead of my marker, saw the opportunity from a tight angle and thankfully it went in," was Cregg's summation of that green flag to RTÉ GAA correspondent Brian Carthy.

And while the Western Gaels clubman felt it wasn't perfect performance against James Horan's side, he did single out one key element that helped them get over the line. 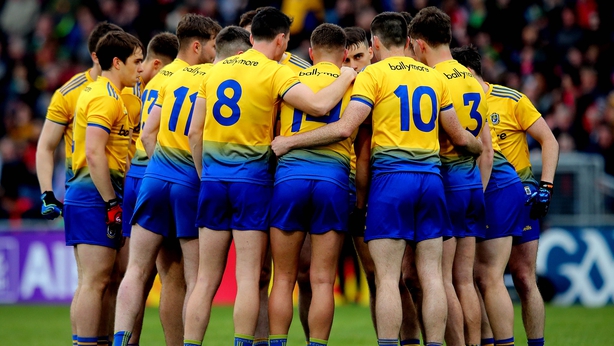 "We made loads of mistakes like giving the ball away softly and we did ride our luck a small bit," he said.

"Mayo also kicked a lot of wides. Going in as underdogs you need to get those few breaks but we were absolutely delighted to get a win in Castlebar.

"Main positive is that we worked very hard right throughout the game.

"When you're playing top teams like Mayo and Galway, seasoned Division 1 teams, you need a high work rate or else you are not going to be in contention.

"Division 1 teams will bring that hard edge. The game over the last 10 years has got very physical, I wouldn't say dirty.

"Since Anthony came in we have been playing small bit more defensively, coupled with the heightened work rate he has brought.

"We matched Mayo physically, a side that have put it up to Dublin in the last couple of years.

"We knew we would have to match Mayo in that department. They have overran us in the last couple of years particularly in 2017 (All-Ireland quarter-final replay)."

And now it's a familiar foe in the battle for the Nestor Cup. 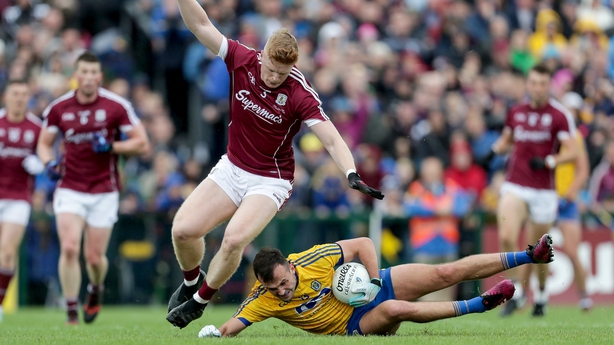 "It's been tit-for-tat over the last couple of years with ourselves and Galway, whether it's the FBD, league or Connacht finals.

"We know them all too well. Under Kevin [Walsh], Galway are a very solid unit now, playing at times a defensive style of football, but they have some outstanding attacking players.

"They got to an All-Ireland semi-final last year and then consolidated their place quite easily in Division 1."

Follow all the football action this weekend via our live blogs on RTÉ.ie/sport and the News Now app, listen to live national commentary on RTÉ Radio 1 and watch live and exclusive TV coverage of Galway v Roscommon on RTÉ2 and the RTÉ Player this Sunday at 4pm