By Conor McKenna at Cusack Park

Westmeath picked up their first victory in the qualifiers since 2012, with Jack Cooney’s side cruising to an 18-point victory over Waterford.

It was a poor game of football in truth, as Waterford opted to pack their defence and they deployed Michael Curry as an extra defender, but it did not work at all as the visitors had very little attacking threat and only scored one point in the opening half.

The Lake County lifted the O’Byrne Cup in January and followed it up with league success, although they would have been very disappointed with their performance against Laois, however this was a much better display and they await their fate in Monday morning's qualifier draw.

It was the hosts who opened the scoring in the ninth minute courtesy of Ronan O’Toole, before Ger Egan doubled his sides advantage.

Scores from Joe Halligan and Egan followed as Westmeath held a 0-04 to 0-00 lead with 15 minutes played.

Westmeath registered the next two points with Egan and Tommy McDaniel finding the target before Tommy Prendergast finally opened his sides account with a point in the 24th minute.

Westmeath responded well scoring the last three points of the first half, as Westmeath held a 0-09 to 0-01 lead at the interval.

Waterford needed a strong start to the second half and it was forthcoming - Benji Whelan’s side registered the first three scores of the half to reduce the deficit to five points. 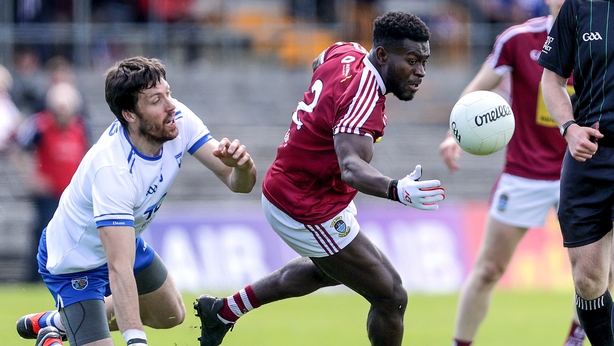 All their good work was effectively cancelled out however, as the home team responded with three points of their own to restore their eight-point advantage.

Denis Corroon added a further score for Westmeath, as his side led by nine points heading into the final quarter and Waterford were very much up against it at this stage and a fisted score from Joe Halligan stretched his sides lead to ten.

The game was dead as a contest when Ronan O’Toole found the net for the games first goal, with his 55thminute effort beating the goalkeeper at the end of an excellent attacking move from Westmeath.

Westmeath pushed on for a comfortable 18-point victory after the goal, though tougher tasks await Jack Cooney’s charges in the following rounds.