Davy Fitzgerald's Wexford outstripped gallant neighbours Carlow by 1-18 to 0-8 in the second-half to nail a crucial first victory of the Leinster SHC qualifying campaign at Innovate Wexford Park and condemn Carlow to an immediate return to the Joe McDonagh Cup.

Underdogs Carlow presented Wexford with ample cause for concern during the first half and were just 1-10 to 0-11 in arrears at half-time.

But the home-side delivered a firm second-half response, as a 53rd-minute Conor McDonald goal propelled them to an ultimately decisive victory ahead of next Saturday's massive duel with Kilkenny.

Wexford began with real purpose against Carlow when powering clear by 1-02 to no-score inside five minutes, as Conor McDonald and Lee Chin (free) pointed before that duo joined forces on the left to feed Rory O'Connor, who knifed through the heart of the defence before finding the net.

The home-side extended into a 1-04 to 0-01 advantage before being spared on the goal-line when defender Pádraig Foley lifted the danger after Carlow captain Edward Byrne and Martin Kavanagh presented a major threat.

Relieved Wexford responded by easing 1-07 to 0-04 ahead through Chin (two frees) and Paul Morris, before Carlow issued a further warning when Chris Nolan burst in only to be denied by 'keeper Mark Fanning in the 19th minute.

But defender Eoin Nolan and Martin Kavanagh (free) mustered points to encourage Carlow after 22 minutes (1-8 to 0-6).

Carlow were slowly but surely gaining real purpose, and Wexford were plunged into a 15-minute long scoring impasse while Martin Kavanagh (two frees) and Chris Nolan got the underdog back within 1-8 to 0-9 after 30 minutes.

In fact, although Lee Chin ended Wexford's scoring famine with a pointed free on 35 minutes, their neighbours were continuing to create some unease for Davy Fitzgerald's men as late points from Seán Whelan and John Michael Nolan had Carlow within two at the break.

The Wexford boss swapped his observation deck in the stand for a more hands-on approach from the sideline on the resumption, and Wexford certainly lifted their game as they created some daylight after 49 minutes (1-18 to 0-14) with Cathal Dunbar growing prominent as he lofted three points.

Carlow weren't without hope. But Wexford dealt them a serious blow on 53 minutes when substitute Aidan Nolan crossed for McDonald, who overcame an initial slip to goal and blow open a 2-18 to 0-16 advantage.

Two quick-fire points from Lee Chin generated further confidence amongst the purple-and-gold as sub Seamus Casey and Paudie Foley also weighed in to make it 2-22 to 0-17 before Wexford loss Shaun Murphy to a second yellow-card.

Carlow lost two players for a similar reason – Richard Coady and sharpshooter Martin Kavanagh – as their gallant effort fell under a deluge of closing Wexford points, with subs Joe O'Connor and David Dunne joining Chin (free and '65), Conor McDonald and Diarmuid O'Keeffe in bolstering Wexford's score-difference, which could become crucial in determining which counties make the Leinster final. 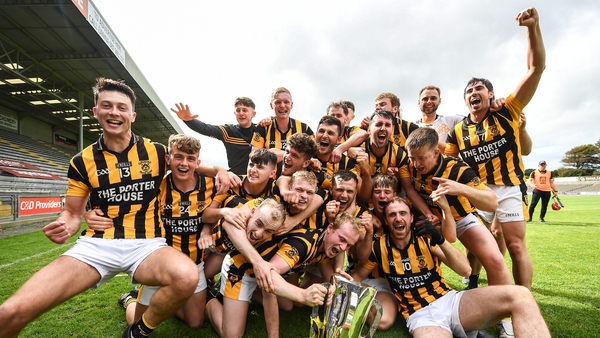