Former Limerick captain Donal O'Grady feels the All-Ireland champions may need to tweak their gameplan as they attempt to get their Munster campaign back on track against Waterford on Sunday.

Limerick were in imperious form during spring, cantering to a first league title since 1997 and cementing their position as pre-championship favourites.

However, they suffered a massive jolt in their championship opener ten days ago, John Meyler's wounded Cork side arriving in Limerick and inflicting an emphatic seven-point defeat on the All-Ireland champions.

Speaking to RTÉ Sport, O'Grady, who retired in 2016, said that Limerick had failed to establish physical dominance against Cork.

"It didn't happen for us against Cork. I think they'd have rathered a seven-day turnaround because that hurt would have been there. Maybe with two weeks, Paul Kinnerk might get them thinking about playing slightly differently.

"Thank God we've another shot at it. Obviously, there's no more margin for error.

"I'm expecting Limerick to respond with physicality for a start. Easier said than done but we didn't impose ourselves physically against Cork. It's something we'll have to do in Walsh Park.

"It was the fundamental for us in 2018, physically dominating opponents in the air. That didn't happen the last day. It'll be crucial we get a foothold early on against Waterford and keep their crowd out of the game." 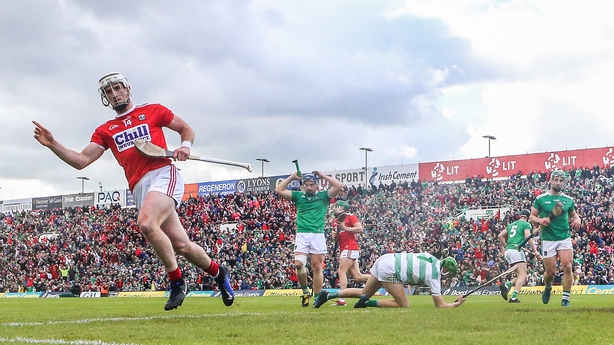 The 2013 Munster title winning captain added that Limerick needed to be mindful of their rivals figuring out their gameplan.

Prior to Cork's destruction of them in the Gaelic Grounds, Dublin attracted kudos - and the ire of plenty of purists - for disturbing Limerick's flow and momentum in the league semi-final.

"Waterford are at home and it's last chance saloon for them. They really have to happen. Things haven't gone great for them since the League final. They will set up differently to what they did against Limerick in that league final.

"I think Limerick need to vary their game a bit more. I think a lot of teams are copping on to us now. Especially Cork last week. They played a similar style to us and we couldn't deal with it. I think we'll be a bit more direct on Sunday with possibly Aaron Gillane pushing more left as opposed to central.

"We are good enough, there's no doubt about it. Yes, it's a blip. The supporters were delighted with us winning the All-Ireland last year. These players want more. They will have been very upset with what on last week and I'm expecting a big bounce back next week - cautiously."