Davy Fitzgerald’s fiery reputation went before him during his heated exchange with the match officials at Pearse Stadium, according to the Sunday Game panel.

The Wexford manager was banished to the stands early in the second half of theLeinster round-robin draw with the Tribesmen and watched on as his side mounted a comeback to claim a second successive draw in the province.

The incident occurred in the 44th minute of the contest when Wexford defender Damien Reck appeared to be taken out by Galway forward Jason Flynn in a third-man tackle as the corner-back tried to keep tabs on Conor Whelan.

Speaking to RTÉ Sport after the match, Fitzgerald insisted he hadn’t abused the fourth official, but said the failure to spot the offence was "not acceptable".

The Sunday Game live panel of Brendan Cummins and Anthony Daly felt the Clare native had been harshly treated.

"It wasn’t spotted by the linesman and Davy came out [to the sideline]. The crowd went’ mad and Davy’s reputation went before him," Cummins told viewers.

"I feel Davy was a bit hard done-by there. The referee could have gone over."

"We’d all lose the rag, but you can’t go on to the field," Daly added. "Maybe he could have engaged with the official outside the line."

"His reputation went before him"

Cummins suggested that it could lead to a trend of more managers getting their marching orders from the sideline.

"There are going to be a lot of managers sitting above in the stand if we go far that on it. We’ll see during the summer." 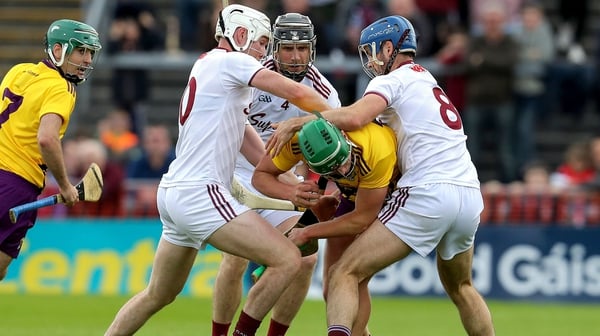