By Conor McKenna at O'Connor Park

Laois advanced to the semi-finals of the Leinster Championship after a narrow two point victory over a disappointing Westmeath outfit.

Westmeath had defeated twice Laois already this year in the league, but it was third time lucky for John Sugrue’s side.

This will be a huge set-back to Westmeath, after an excellent league campaign will be wary of the fact they have lost their first qualifier game in every season since 2013.

It was Laois who opened the scoring courtesy of a free from corner forward, before Paul Kingston doubled his sides lead. 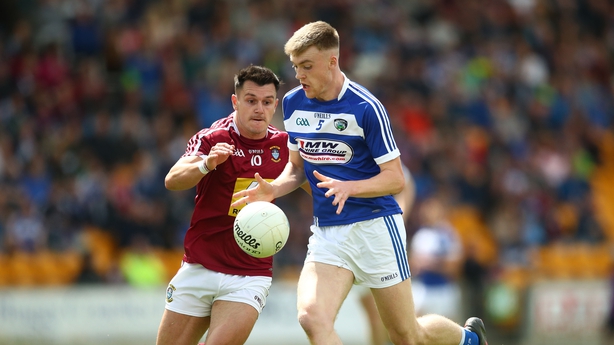 Three further Laois scores followed and it was the 23rd minute before Westmeath opened their account and the Lake County did not register a wide or a score in the first 22 minutes of the match.

Westmeath failed score from play in the first half, as both of their scores came from Ger Egan frees and Laois held a 0-8 to 0-2 lead at the interval.

Evan O’Carroll was excellent for Laois in the first half, scoring 0-5 points throughout the half, as Laois dominated proceedings, with John Sugrue’s side full value for their six point lead at half time.

John Heslin pointed for Westmeath straight after the interval to reduce the deficit to five and Westmeath came into the game a lot more in the second half, often favouring a direct ball into the forward line.

Two scores from Ger Egan reduced the gap to three points heading into the last 15 minutes and momentum was with Westmeath at this stage of the game, but an excellent Evan O’Carroll effort settled his side at a crucial stage of the game.

Westmeath replied with the next three points to reduce the deficit to one heading into additional time, as Laois were hanging on for dear lives at this juncture.

Laois did manage to hold on however, with Eoin Lowry’s fisted effort an insurance point and they will face Meath in the semi-final, while the Lake County must plan for the qualifiers.