Dublin have named an unchanged side to face Wexford in tomorrow's pivotal championship meeting in Parnell Park.

Mattie Kenny's side need a victory after suffering a reversal in Nowlan Park last Saturday.

Wexford, meanwhile, have also stuck with a reliable XV, making only two personnel changes from the side who were soundly beaten by Galway in the league quarter-final two months ago.

Liam Óg McGovern and Rory O'Connor return to the forward line in place of Paul Morris and Cathal Dunbar. Lee Chin is also named to start at full forward with Conor McDonald moving into the corner.

Limerick have named 14 of the starting All-Ireland final team for Sunday’s Munster SHC clash with Cork.

The Treaty men, who did not play in round one, have made just one change in personnel to the side that defeated Galway last August, with Peter Casey getting the nod over Seamus Flanagan.

As for Cork, John Meyler has opted for some change in the wake of the defeat to Tipp. Robert Downey and Mark Ellis come into the half-back line, with Christopher Joyce and Tim O’Mahony dropping out.

Bill Cooper is fit to start in midfield after his late withdrawal on Sunday last. As a result, Luke Meade moves into the half-forward line as Robbie O’Flynn makes way. 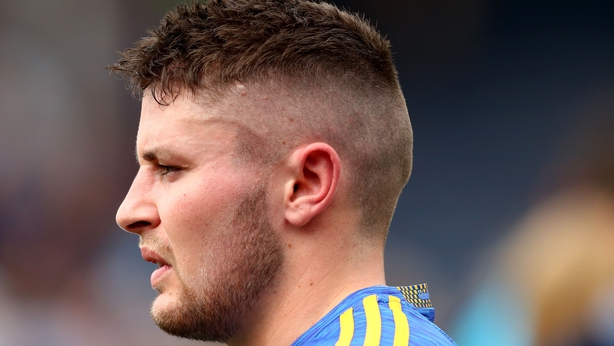 Tipperary have made one change for Sunday’s Munster SHC game against Waterford at Semple Stadium.

Manager Liam Sheedy has opted to draft Alan Flynn into the starting XV, with Ronan Maher slotting into corner-back and Seán O’Brien dropping out of the team.

Waterford have made four changes for the crucial tie, with Calum Lyons coming in at corner back and Jack Prendergast, Patrick Curran and Thomas Ryan all getting the nod in the forward line.

Wing-back Conor Rehill and midfielder Conor Brady will make their championship debuts for Cavan in Saturday’s Ulster clash with Monaghan.

Sligo and Galway have named their teams for the Connacht SFC Semi Final on Sunday in Markeivicz Park at 3.30pm.

The home side have made 10 changes from the side that played Galway at the same stage last year.

Goalkeeper Aidan Devaney is among those out of the team after picking up an injury.

Bernard Power, Kieran Molloy, Gareth Bradshaw and Fiontán Ó’Curraoin come into the Galway side following their win over London.