RTÉ GAA analyst Oisin McConville feels that both Tyrone and Derry will be "satisfied" after their Ulster SFC preliminary tie in Healy Park.

Tyrone survived a strong challenge from Derry to win 1-19 to 1-13 in an action-packed encounter.

"Both Tyrone and Derry will be satisfied, a satisfactory performance and work to be done," said McConville on Morning Ireland.

"Derry won Division 4 and are playing with a huge amount of confidence. A lot of times their forwards survived on scraps but definitely they made the most of them.

In Navan, Meath had to dig deep to earn victory over Offaly. With 15 minutes to go they trailed by four-points but hit 1-04 unanswered to seal a very unconvincing win.

"Meath are a work in progress, they are going in the right direction and it’s the first game of the championship so there would be a lot of nerves and also pressure on Meath to perform. 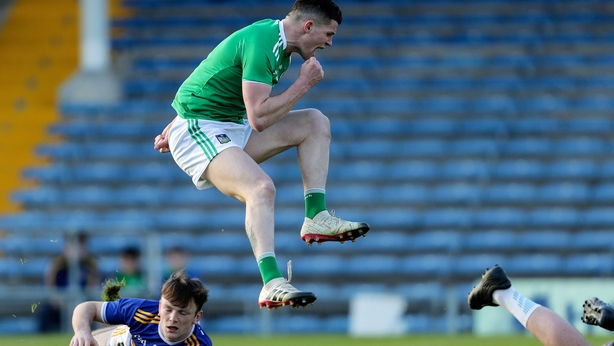 "They got over the line and did just about enough. They will have to improve dramatically if they want to put it up to the Dubs."

Limerick pulled off the first shock of the Championship when they beat a much-fancied Tipperary in the Munster quarter-final by seven points. For McConville it was the result of the weekend.

"Liam Kearns said during the week, that he had everyone on the panel he wanted but Tipperary got quite a trimming from Limerick.

"Following up from what the hurlers have done, they have obviously been reinvigorated and they are excited by the prospects of the county. You have to say Limerick's result was a magnificent one."