Galway manager Kevin Walsh says his team have things to work on after today's four-point win over London at Ruislip.

The Tribesman had never beaten the Exiles by less than 10 points, but the game was in the melting pot right down to the final few minutes.

And Walsh tells RTÉ Sport's Pauric Lodge that it was far from a complete performance.

"We came over for a victory, and we go home with that," says Walsh.

"I'd say maybe the aggression levels weren't as high as you'd like. Certainly our finishing wasn't as good as you'd want it.

"There were a lot of turnovers when we had totally dominated all the kick-outs. I think it was 70% or 80%, which is high.

"Either we didn't score, or we gave the ball away. And that was a big problem out there."

The defending Connacht champions started brightly, and led by five points approaching half-time. But Killian Butler's goal gave the Exiles a boost and saw the teams go in level at the break.

Galway came out strongly after the break, and they built a four point lead which they rarely looked like relinquishing. Although Butler had a late goal chance which would have brought the sides level, but it flew wide of Ruairí Lavelle's left post.

"It (the goal) put a bit of oxygen into the London guys, who in fairness were well set up. Their movement inside was really good as well.

"We came in at half-time and it was level, and the next ten minutes were crucial. We got the next four points without reply, and probably controlled the game after that.

"It's not too long ago that very good teams came out here, and either drew or lost. It's a hard place to come. Today was their All-Ireland. Expectation levels were probably high on our side, and low on their side; that brings its own pressures.

"For us going forward, there will be expectations in Markievicz Park, as well. So that's a right good pre-run for us to get us ready for Sligo." 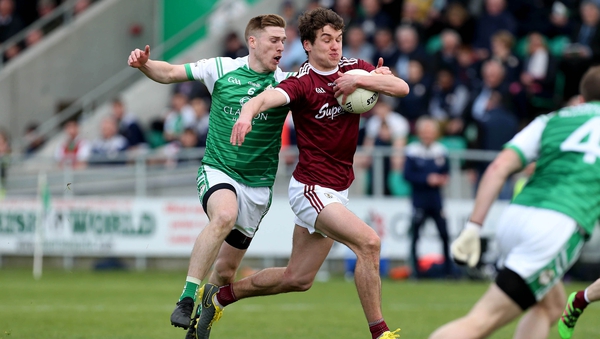