TV
All games live on TG4

Apart from an odd coastal shower first thing, Saturday will be bright and fairly sunny, with just occasional cloudy periods in the afternoon. A fresh day, top temperatures 10 to 12 C., in moderate northerly breezes. Fresh and rather cool on Sunday, with highs of just 9 or 10 C, in a moderate northwest to northerly breeze. For more go to met.ie.

Will it be a 12th title for Cork – or a maiden crown for Galway?

That question will be answered from 4pm on Sunday when the counties lock horns in the 2019 Lidl National League Division 1 Final.

Cork’s record in this competition has been one of incredible consistency since the Rebelettes won the first of their 11 titles to date in 2005.

This new team being moulded by Ephie Fitzgerald recovered from a slow start in this year’s campaign, with two defeats in their opening three games, to reach the Final.

The group campaign concluded with a notable victory over Dublin, before Cork defeated Mick Bohan’s 2018 Lidl NFL champions and TG4 All-Ireland holders in a classic semi-final that required extra-time at Nowlan Park.

Those wins will have come as a major psychological boost for Cork, who lost out to Dublin in the 2018 TG4 All-Ireland decider. 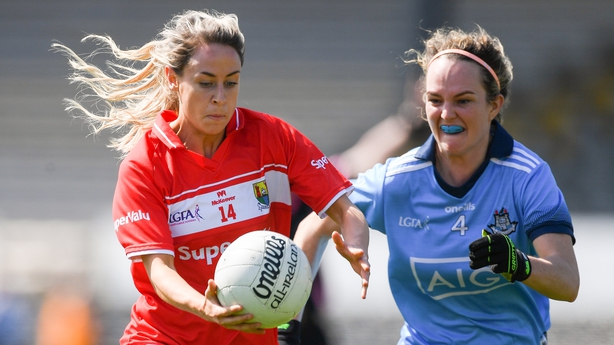 Galway have been unlucky to finish as runners-up on five previous occasions in the Division 1 decider, most recently in 2015 when Cork won out after a replay at O’Moore Park in Portlaoise.

Galway’s form during the group stages was most impressive, as they won six out of seven games, including a victory over Cork.

The one blip was a loss to Dublin but Galway were on form in their recent semi-final against Donegal, and will come into this game full of confidence.

This should be a game to savour, between two teams who both possess plenty of attacking talent, while also being well-organised and difficult to break down.

Cork have made three changes in personnel following an extra-time epic semi-final victory over Dublin, with two of those in defence.

There’s an enforced change in attack, with Áine O’Sullivan ruled out through suspension following the red card she picked up against Dublin.

Her replacement is former underage star Sadhbh O’Leary at corner forward, while Fitzgerald has kept captain Doireann O’Sullivan in reserve, as she continues to nurse a back injury.

Galway have named Leanne Coen in attack, and she replaces Sarah Conneally in the only change in personnel from the semi-final victory over Donegal. 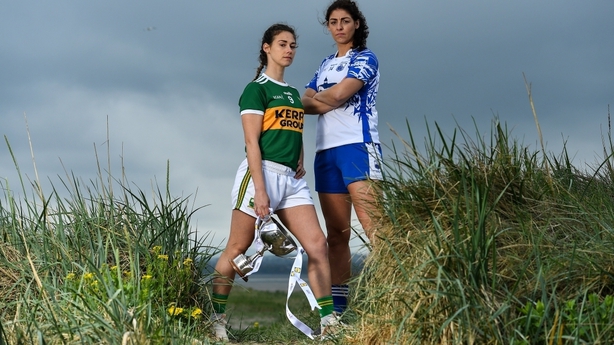 Promotion to Division 1 of the Lidl Ladies National Football League is the big prize on offer for Kerry and Waterford at Parnell Park on Sunday afternoon.

The Munster counties meet in the Division 2 showpiece – just six days before their Round 1 clash in the Munster Championship.

The winners on Sunday would have a distinct psychological advantage ahead of their Championship clash – and safe in the knowledge that they will be playing top-flight football in 2020.

The form book suggests that there will be little to separate two talented sides – with Kerry looking to bounce back to Division 1 at the first attempt.

Relegation to Division 2 for the 2019 campaign was a setback for the Kingdom but they have displayed admirable talent and skill to put themselves in a position to make a swift return to the elite Division.

The group stages were a mixed bag for Kerry, with three wins, two draws and two losses, but they still did enough to reach the semi-finals.

There, Kerry opened up with an impressive display against an admittedly under-strength Armagh, and now they’ll prepare for the stern challenge of Waterford, who have taken big strides forward in recent years.

The Déise finished with four wins, two losses and a draw from their seven group games, which pitted them with Cavan in the semi-finals.

In 2018, the sides also met in the last four but this time, it was Waterford who came back on top, as experienced forward Michelle Ryan collected a hat-trick of goals.

This is a first League decider for Waterford since victory over Tipperary in the 2016 Division 3 Final, a game that was decided by Maria Delahunty’s late free at Semple Stadium.

Kerry’s last League title was achieved in 2013, when they beat Galway in the Division 2 Final.

These two sides drew in the group stages – and it could be just as tight again.

Kerry have drafted in former TG4 All Star Aislinn Desmond in defence in place of Emma O’Sullivan, while Chloe Fennell comes in for Katy Hayes on the Waterford team.

Meath aim to go one better

Saturday’s Division 3 Final pits Meath against Sligo, with Meath looking to go one step further after losing out to Wexford in the 2018 decider.

The Royals were a powerful force throughout the group stages, finishing on top of the table with 18 points.

That pitted them against Leinster rivals Longford in the semi-finals, and Meath won out to book their place in the League Final.

Opponents Sligo have made steady progress too, winning five of their seven games to book a semi-final place against Connacht rivals Roscommon.

The Rossies won the 2018 TG4 Connacht Intermediate Final meeting between the sides but there was revenge for Sligo on this occasion, as they advanced to a first Division 3 final since 2015.

They were winners against Waterford on that occasion, and will hope for a similar result against Meath.

Meath did beat Sligo in the group stages but the Yeats County, who lost their opening two games, have reeled off six successive wins since and are in a rich vein of form.

Meath have named Katie Newe in their starting team ahead of Orlaith Duff, while Sligo are unchanged from their semi-final.

Provincial rivals Antrim and Fermanagh will start proceedings at St Tiernach’s Park on Saturday afternoon, when they battle it out for promotion from Division 4.

The form guide suggests that this will be a tight battle, with both sides high on confidence following impressive semi-final wins.

Fermanagh came from 11 points behind to see off the challenge of Limerick in their semi-final, while Antrim emerged from an extra-time epic against Louth as winners.

Antrim may have finished fourth in the group standings, which pitted them against table-toppers Louth, but the pre-match underdogs showed real character in the closing minutes to force extra-time.

Cathy Carey scored a crucial late goal and the Saffrons outscored the Wee County over the course of the two extra periods to book a place in another League Final.

Antrim are hoping to make it third time lucky in a Division 4 Final, having lost to Limerick in 2016 and Roscommon in 2014. Fermanagh’s last appearance in a League Final was back in 2011, when they lost out to Clare in the Division 3 decider.

Saturday’s opponents met on the opening day of the 2019 League season, when Fermanagh won a close encounter by 3-11 to 3-9.