The final pairings for Divisions 2 and 3 of the Littlewoods Ireland Camogie Leagues have been decided, with Tipperary facing Kilkenny in the second-tier, while Limerick will play Kildare in Division 3.

Tipp and their midland opponents could not be separated by the first half of action at the St Rynagh’s pitch in Banagher, which ended level . Westmeath led early on but the industrious Andrea Loughnane got Tipp off the mark with a goal.

Sheila McGrath, Pamela Greville and Michelle Murtagh were causing trouble in the Tipp defence however, and Murtagh contributed four points from play in a brilliant opening-half contribution.

Jenny Grace converted two long-distance frees to steady the ship however and then Niamh Treacy scored a brilliant individual goal, soloing from midfield and firing a rocket directly off the hurley to the bottom corner of the net to bring the sides level at the break.

The magnificent fare continued in the second half. Greville and Mairéad McCormack raised white flags for the Lakesiders, with Grace responding for Tipperary but when Treacy was sent off in the 48th minute after receiving a second yellow card for charging, it was advantage Westmeath.

The Tipperary response to losing such a key performer was mightily impressive however and if anything, they were spurred on to do the business for Treacy. Manager Bill Mullaney played his part in proceedings, introducing Sinéad Maher and the vastly experienced Joanne Ryan, captain when Tipp last won the All-Ireland Senior title in 2004.

Maher’s first contribution from full-forward was to field a delivery from excellent skipper Sabrina Larkin and blast to the net. She added a point while Ryan also got on the scoresheet and won a free from which another point accrued for Mullaney’s troops to record a fantastic win. 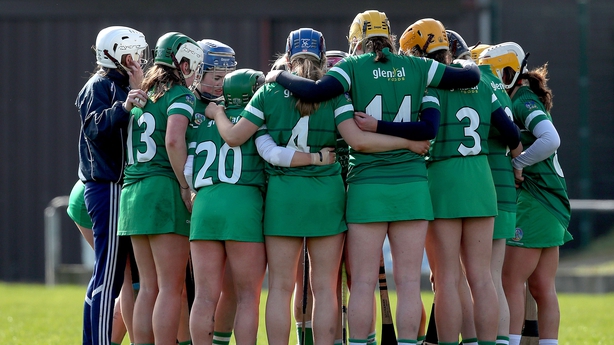 Rebecca Noonan was the heroine for Limerick, providing seven points as they overturned a four-point deficit at the three-quarter mark to win their semi by the same margin at St Brendan’s Park, Birr.

The Bannerwomen, who had beaten Limerick in the group stages by three points, were competitive throughout and with 23 minutes elapsed led by two, Regan Conway and Niamh O’Gorman sharing their six points at that juncture, and though Grace Lee pegged one back for Limerick, it was Clare that led at the interval by 0-06 to 0-05.

The third quarter was all about the saffron and blue, Aisling Cahill first and then two Conway points stretching the gap to four.

Noonan halved the deficit from placed balls before her free caused consternation in the Clare defence and the sliotar ended in the goal after a scramble to move Limerick ahead. They pushed on from there, Áine Cunningham and Noonan among the scorers to seal the verdict.

In the second Semi-Final, also in Birr, Kildare claimed the honours by virtue of big performances from Siobhán Hurley and Lea Sutton. The experienced Hurley registered a goal and six points, with all bar three points of that from play, while Sutton hit Roscommon for two goals and three points from play.

The Lilywhites led by 1-5 to 0-4 at the change of ends and though Roscommon kept in touch right to the end, they were never able to peg the victors back and were heavily reliant on Shauna Fallon for scores, the Four Roads star scoring nine points, eight of which arrived from placed balls.

It was all to play for with five minutes remaining, Kildare leading by 2-9 to 1-9, Fiona Connell getting the Roscommon goal, but the All Whites finished strongly to bag their berth in the decider.

Meanwhile, the 2018 Division 3 champions Kerry retained their place in Division 2 for next season as a result of their 0-08 to 0-03 triumph over Carlow at The Ragg.

The Kingdom scored the opening five points in the first 20 minutes and with the defence holding firm and Jackie Horgan, Patrice Diggin and Laura Collins adding points, they ensured safety while Carlow make the drop.