By Conor McKenna at Croke Park

Westmeath were crowned Division three champions, after a three point victory over Laois in Croke Park on Saturday.

Westmeath took their chances that were presented to them, which was something Laois failed to do, as John Sugrue’s side hit 16 wides over the course of the game.

Laois had an extra player for 20 minutes of the match, with Westmeath receiving two black cards, but Laois did not make the most of the extra man.

Evan O’Carroll’s third minute effort opened the scoring, which was followed up with a point from Donal Kingston to give Laois an early advantage.

The opening 15 minutes were very poor in truth with Westmeath failing to score and Ger Egan opened the Lake County’s account in the 17th minute with a well-taken point.

Eoin Lowry responded with a point for Laois but Westmeath added the next four points to turn a two point deficit into a two point lead.

O’Carroll and Egan traded scores before John Heslin registered his first score of the game, but Westmeath were dealt a major blow on the stroke of half-time when James Dolan was shown a black card and O’Carroll pointed the resulting free, with the Lake County holding a 0-7 to 0-5 lead at half time.

Laois had an extra player for the start of the second half and they had a good start to the half, registering the first three points to take the lead.

Westmeath were dealt a further blow in the 47th minute when Boidu Sayeh was shown a black card, but a free from Ger Egan leveled proceedings.

Ronan Wallace put Westmeath into the lead with a close range point, as Laois failed to make the most of their numerical advantage. 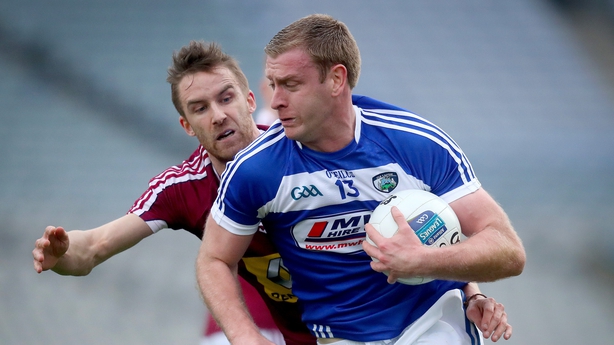 A further score from David Lynch gave Westmeath a five point lead, with Jack Cooney’s charges very much on top heading into the latter stages of the match.

Westmeath looked to have the game wrapped up when Ger Egan gave his side a six point cushion, but three Laois scores halved the deficit.

Westmeath held on for a three point victory, with Egan’s goal proving crucial in determining the outcome of the game.

Both sides are set to meet again in a few weeks in the Leinster Championship, with Laois defeating Westmeath at the same stage in the 2018 Championship.