Former Mayo All Star Kevin McStay believes that Kerry’s Allianz Football League Division 1 final defeat will serve as a ‘reality check’ for the Kingdom’s young side.

Mayo produced a stirring second-half comeback to edge out Kerry, having trailed 2-03 to 0-05 at half-time.

While all the immediate focus afterward was on Mayo finally leaving Croke Park with silverware at the tenth time of asking, questions are being asked of Kerry and the way that they slipped to a four-point defeat.

"Yesterday’s defeat doesn’t put a red line through them through any means," he told RTÉ Sport.

"I think they got a reality check yesterday, a lot of their younger players who were getting a really good run at the early part of the league, yesterday they bumped into customers that have been around the block. 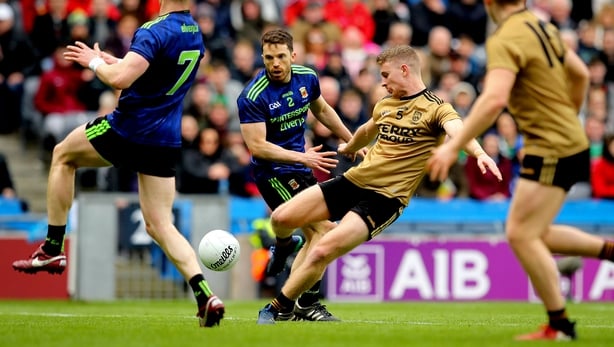 "For a lot of the younger players, yesterday might have been ‘big boy school’ if you want to put it that way. For Sean O’Shea, for Dara Moynihan, not so much young [David] Clifford who just seems to be able to survive no matter what environment he’s in.

"But nonetheless they still showed terrific potential and that’s what they have to look at, as the summer pans out under them.

"They’re going to trot out in Munster, they’re going to be in the Super 8s, so that means they’re in the July shake-up again, so it’s all to play for from their point of view."

Meanwhile McStay believes that Mayo will take a huge lift from their triumph and that the nature of the victory bodes well heading into the Championship.

"The natural add-on will be the psychological boost it will give the group," he said. "I think the supporters nearly needed the win more than the players did.

"This was a big day for Mayo, I don’t think they could have countenanced not taking a cup out of Croke Park on this particular Sunday."