Sam Maguire is undoubtedly the primary focus for Mayo, but Andy Moran admits the League final victory over Kerry has had a bigger impact than he thought it would.

Trailing 2-03 to 0-05 at half-time in the Division 1 decider at Croke Park, James Horan's men rallied with Matthew Ruane, Diarmuid O’Connor and Ciarán Tracey all raising green flags in a 3-11 to 2-10 victory.

While they have gone close to the big prize in recent years, it is 2001 since their last national medal, when they defeated Galway.

Three years later Andy Moran made his bow with Mayo but the 2017 Footballer of the Year has had to wait for silverware.

"I probably didn’t think it was going to mean as much," he told RTÉ Sport. "You hear that music ringing around and you’d be close to having a tear in your eye, but then you have to realise it’s just the National League.

"A national medal means an awful lot to me. I’m just delighted." 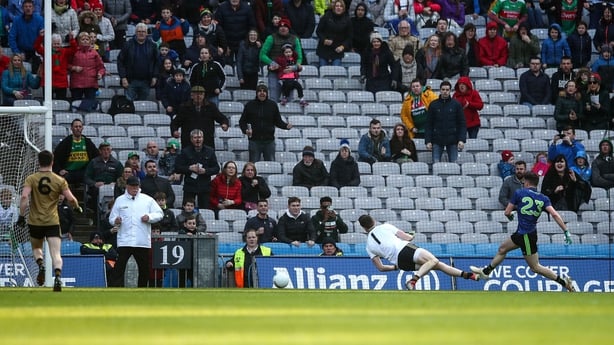 Tracey’s goal was the clincher and the Ballaghdereen native says he was willing the youngster to take the safer option.

"That was the celebration, that was the time. Ciaran went in, he had a shot just before it which he shouldn’t have taken on. I was screaming at him to tap it over the bar.

"When he rattled it to the bottom corner, it was some feeling." 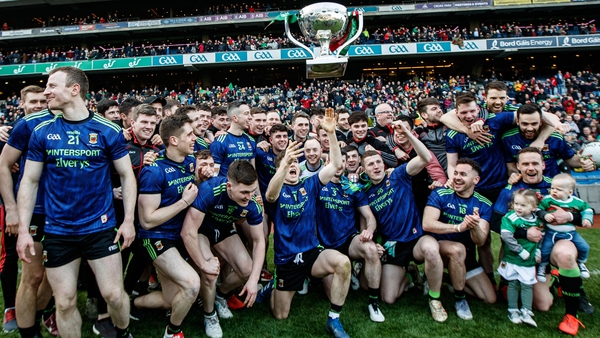