The two best teams of the league have made it to the final.

The way Limerick have picked up from last year has been really impressive. They've carried the tag of All-Ireland champions very easily.

Waterford were the unlucky team last year: with injuries, the phantom goal and no home matches in the Championship.

Under a new manager in Páraic Fanning, they've done brilliantly to get to the League final.

Last Sunday, I was really impressed with how both teams adapted to poor starts.

As John Kiely admitted, Limerick were surprised by how Dublin played, and it took them a long time to get to the pitch of the game.

But for a finish up, Diarmuid Byrnes and the genius of Cian Lynch undid Dublin.

Waterford, by the same token, were surprised by the pace of Galway.

Galway could have been out of sight but they hung in there and earned a hard-fought victory.

You would have to be very impressed by how both of them got to the final. 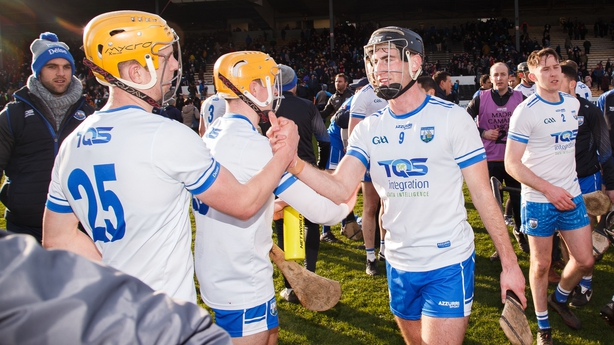 The form of Limerick's half-forward line is a bit of a worry - Gearóid Hegarty, Tom Morrissey and Kyle Hayes were all replaced last week.

The rotation of the squad, bringing in subs and putting pressure on these players has worked to an extent but confidence is a big thing as well.

There is maybe a little bit of a lack of confidence with those lads but I think that should come good on Sunday.

I expect Limerick to just about win it.

They are going to be two huge players in the Championship.

I think Limerick and Waterford will both come out of Munster this year and will be big challengers for the All-Ireland.

Kilkenny have won nine in Brian Cody's term and gone on to win 11 All-Irelands. It's a big stepping stone to All-Ireland success and I expect Limerick to do it.

Limerick v Waterford live blog on RTÉ.ie and the RTÉ News Now App from 1.30pm on Sunday. Live radio commentary on Sunday Sport, Radio 1, from 2pm. Highlights on Allianz League Sunday on RTÉ2 and the RTÉ Player from 9.30pm.