Dublin manager Mattie Kenny was delighted with how his side responded to a post-interval onslaught from Tipperary and clinched an Allianz Hurling League quarter-final victory on Saturday.

The 1B table-toppers didn't panic, however, and were never behind as they ground out a one-point win.

"Their character was really tested in the second half," Kenny told RTÉ Sport of his players.

"We brought a bit of an advantage in to the dressing room at half-time but Tipperary came out and blew that advantage away in three or four minutes.

"The next 30 minutes or so they had to dig deep, playing into a breeze, but our guys worked some nice scores.

"To be able to come down to Thurles, after seeing last week the quality of the Tipperary side, and get a good performance from our guys, it will stand to them."

Dublin's reward for a first win over Tipp in Thurles since 1946 is a semi-final date with All-Ireland champions Limerick next weekend.

As far as first-term boss Kenny is concerned, it's all an opportunity for the players to learn.

"The thing we're most pleased about is that we get another game in this competition.

"Another quality game against a team like Limerick will bring this bunch on again. That's the challenges we're looking forward to. The more of them we get the better.

"The group is working really hard and we're trying to learn as we go along." 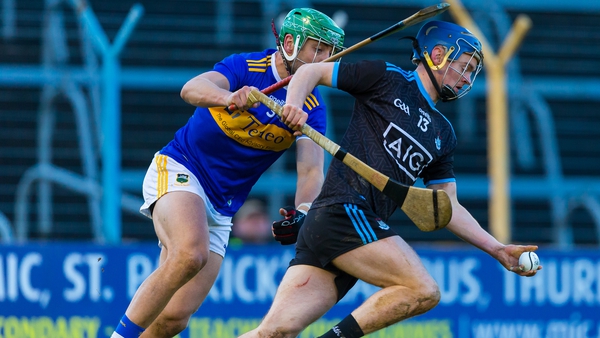 Dublin topple Tipp in Thurles to set up Limerick clash