Cork's Seamus Harnedy and Kilkenny's Conor Delaney are set to miss their counties opening games in the Munster and Leinster championships, respectively.

Harnedy was sent off for lashing out at James Barry in the Rebels' heavy defeat to Tipperary at Páirc Uí Rinn, while Delaney was adjudged to have directed the butt of his hurling into the stomach of Wexford's Cathal Dunbar in the counties' clash at Innovate Wexford Park.

It is the view of the C.C.C.C. that Conor Delaney & Seamus Harnedy are eligible to play in the Relegation Play-Off on Saturday next

The sending-offs led to automatic one game suspensions, but the GAA this afternoon confirmed that the players were free to line out in the Marble City on Saturday.

"It is the view of the C.C.C.C. that Conor Delaney & Seamus Harnedy are eligible to play in the Relegation Play-Off on Saturday next," said a spokesperson for the association.

As such, the suspensions they incurred in the final round of regular league games will carry over to the provincial Championships.

The Cats welcome Mattie Kenny's Dublin to Nowlan Park on the opening weekend in Leinster, while Cork host Tipp the following day down south. 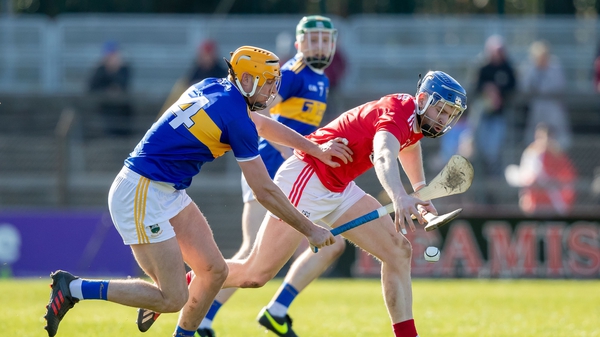