With no relegation from hurling's top flight, there is a view that this spring represents something of a phoney war. On Saturday evening, Páirc Uí Rinn bore witness to a game where the intensity levels rarely got warm as Cork edged out Clare.

Yet, Davy Fitzgerald, after watching his Wexford team beat Tipperary by a point on Sunday dismissed claims that teams are not taking the league seriously. And then there is Limerick. The All-Ireland champions lead the Division 1A standings with three wins from three.

Their latest victory came against Kilkenny at Nowlan Park, The Na Piarsaigh duo of Shane Dowling and Conor Boylan struck for goals just before half-time to effectively end the game as a contest.

You might say that Limerick are still on a high after last August's glory. But can that sustain them for another push for silverware? Michael Duignan has no doubts regarding the latter question. 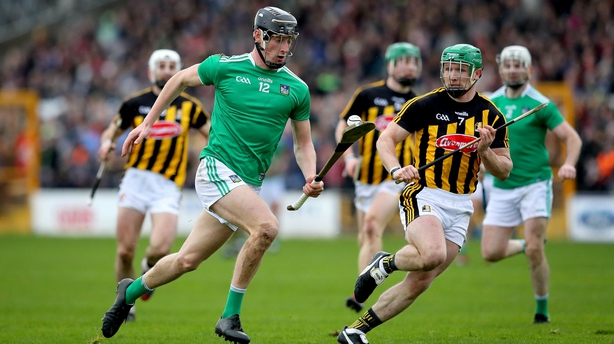 He told RTÉ Radio's Morning Ireland: "I think this Limerick team is so fresh, so full of hurling. They don't want to be seen as one-hit wonders.

"The strength of their panel is key; players we haven't seen yet are going to come in and get matches. It's a perfect storm for John Kiely.

"The manager is able to make four or five changes for every game and keep lads fresh and at the same time put out a very strong side.

"It is a long year ahead, but Limerick are well equipped to keep up this form for the rest of the year and it will take a good performance from any team to beat them."

Speaking further on the strength of Limerick's squad, the two-time All-Ireland winner added: "Look at the team that started against Kilkenny, you had no Mike Casey, Declan Hannon, Cian Lynch, Tom Morrissey, Gearoid Hegarty and Seamus Flanagan - all big, strong key men up the middle of their team.

"Others, like Conor Boylan and Barry Murphy have come in and it's all been seamless.

"Despite the changes, their style of play has not been affected.

"They all have the confidence on the ball to play the ball short out of defence and then move it long.

"We all have been hugely impressed with with Limerick's form in the league so far.

"They went to Wexford and got a hard-earned win and then from the second half on against Tipp at the Gaelic Grounds they have turned it up a notch. And yesterday they brought that form to Nowlan Park."