There are three re-arranged round 1 fixtures in the 2019 Lidl Ladies National Football League down for decision over the coming weekend.

Sligo scored 4-8 against Longford last Sunday but still ended up losing their opening fixture of the 2019 season.

Still, that scoring haul should provide the Yeats County with room for optimism as they prepare for the visit of Meath to Cloonacool Community Park.

The Royal County enjoyed an historic outing at Páirc Tailteann last Sunday, as part of a double-header with their male counterparts.

Meath beat Offaly by 5-17 to 1-6 to get their season off to a flying start – and they can move to the top of the table with a victory over Sligo.

The Royals were beaten Division 3 Finalists last year and have their sights set on promotion this time.

This fixture also pits two teams who will feature heavily in the race for TG4 All-Ireland Intermediate championship glory later this year.

Meath lost to Tyrone in the 2017 Final, while Sligo suffered a semi-final loss against the Red Hands.

Antrim collected 3-09 against Fermanagh in their opening fixture last weekend but it wasn’t enough to secure a win, as the Erne County scored 3-11. 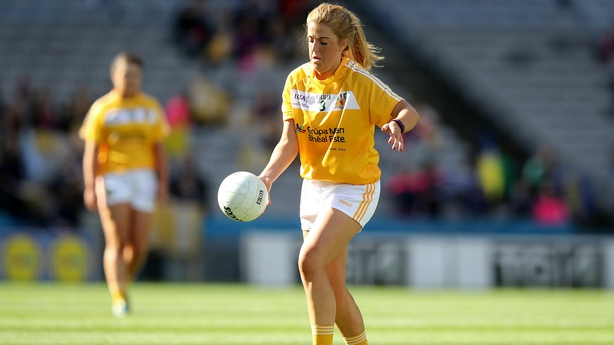 Antrim return to The Dub for a fixture with Leitrim, who got their campaign off to a winning start with victory over Derry.

Goals were crucial for Gavin Cawley’s charges as they ran out narrow 3-3 to 0-8 winners against the Oak Leaf County.

This is another big test for Leitrim but a second victory would have them looking firmly towards the top end of the table.

A victory for Fermanagh over Antrim in their opening fixture has nicely set up another Ulster derby, this time home fixture with Derry.

The counties met in the 2017 TG4 All-Ireland Intermediate final, which went to a replay, before Fermanagh came out on top.

Derry will be hoping to bounce back from defeat to Leitrim in their first match.