Kerry’s performance on Saturday night against the All-Ireland champions was an interesting experiment and a definite statement of intent for the season ahead.

The result helps of course but their method was dynamic and screamed confidence in themselves and their ability to hurt Dublin.

In the long run though, it may not be enough when it really counts.

Despite the new age realisation that being defensively sound and in general "difficult to beat" is the path to maximising the competitiveness of any team in football, it remains absolutely true that the teams that win provincial and All Ireland honours will have a dynamic attacking approach built on top of that basic foundation.

Defending well with little ambition beyond that task has a concrete ceiling limiting how far any team can rise.

The biggest coaching challenge at the highest level of the game now is developing attacking capacity alongside defensive efficiency without sacrificing the latter.

Most organised teams with the proper physical and mental preparation can defend collectively to a very high standard.

That’s not to say it’s easy to achieve but creating a sufficiently effective attack as a counter weight is hugely challenging.

Football has rolled through many versions of itself and it is said that the game today bears little resemblance to the seemingly halcyon '90s and even less to the aristocratic '60s. 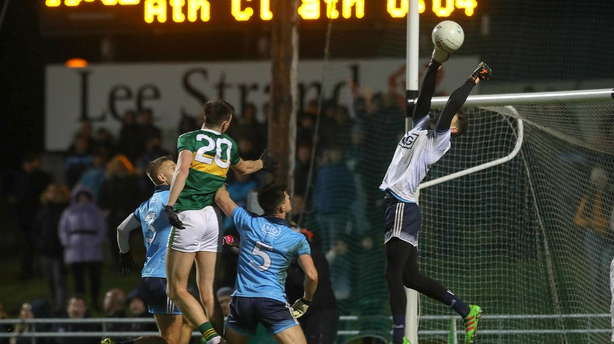 Irrespective of era, there has always been a "marquee man" man, who stood apart and represented the essence of the team. There was always an emblematic player that the performance of the group depended on.

These players can be found in most areas of the pitch but more often than not, supporters and casual observers will elevate the key scorer on a successful team as that talisman that corner stones everything the group is about.

Often, if you look a little closer, there are key men in defence and the middle third that can be every bit as much the beating heart of the collective – even if their effect is not as readily recognized much beyond the dressing room.

But we are now in an era where curtailing marquee forwards is never a solitary assignment. Consequently those marksmen and playmakers have a gruelling physical and mental challenge to impose themselves on games for any consistent period of time.

The reality is that the source of scoring opportunities is now so diverse that runners from deep are often the most potent attacking weapons, depending on the opposition set up.

The rarest and most valuable player in the game today are warrior defenders who can attack any task within the rear-guard and empower middle third players to operate without the urgent constraint of protecting what’s left behind.

Man-marking and manning a lone cover position are specialist arts with the former dying out rapidly.

To open the straps of a rigid defensive structure, tackle higher and gamble with additional space in defence, a manager has to place enormous faith in man markers and a nominal cover player.

Certainly, he has to be sure that the additional forward momentum his team can create outweighs the vulnerability to space around opposition’s creative forwards. 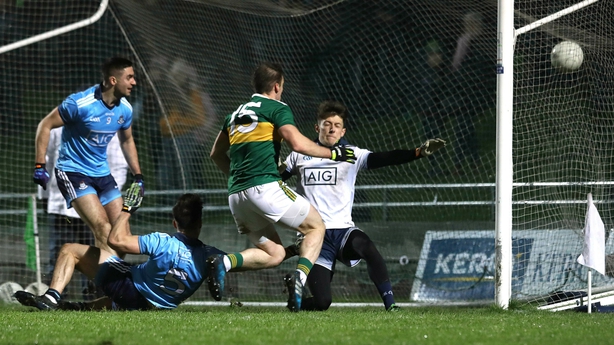 Philly McMahon of three years ago was arguably a better model and certainly beat a path for both men to imitate. I can clearly imagine the process of learning those and younger Dublin defenders have been exposed to in experiencing McMahon operate up close over a period of time.

The true value of these warriors to their team is that they empower the rest to hunt the ball aggressively where they can, irrespective of where the opportunity falls on the pitch.

The knowledge that any pressurised ball forward will give their guards dogs with a cover sitting in front all the opportunity they need to intervene energises everyone. The knock on effects are obvious – pressurising higher creates more support within touching distance when the ball is turned over.

Teams constrained by defined tackling areas and zoned areas of responsibility simply do not have the licence to improvise and go after turn overs ad hoc.

Only Monaghan have personnel with the same ruthless qualities to take on the best attackers in hand to hand combat without layers of comfort tacklers. Ryan Wyle and Colin Walshe have those same intimidating attributes with another couple measuring fairly close on the PH scale.

Monaghan have successfully made the journey over the last two years that others have embarked on. Malachy O’Rourke has transitioned the Farney men from an ultra-difficult team to play against who could grind opponents into submission to a team with serious potency beyond Conor McManus now in attack.

There are many examples of teams tipping the attack / defence seesaw almost entirely towards being difficult to beat as a priority. Often it has to be so to allow players to see that opponents are human and that they belong in their company. For most, there is no other reasonable chance to curtail an opponent of equal or better attacking ability other than to eliminate the space for them to play in.

Even this great four in a row Dublin team began it’s journey under the stoic defensive tutelage of Pat Gilroy before Jim Galvin was able to build on those sturdy foundations. It may be hard to imagine now but James McCarthy’s first role as a wing back meant that he may not have left his own half more than half a dozen times in a match.

In the modern game, the most difficult challenge is evolving from the safety of doing okay, getting grudging credit and holding your own where your team is not expected to. It can be a very safe harbour to stay in but in the long term it saps the spirit of teams. Players are competitive animals after all.

They want be part of a team that goes to war together and want a team structure that gives them the best chance to win. But the time will come when they will believe they can do more than just compete and again it is the coaches’ role to provide a mechanism for players to pour their footballing potential into the expanding team potential

This is the tipping point when ultimately players and coaches find out exactly what the potential of the team is to evolve further. Building the patterns that suit your players and instilling the confidence to go after games is the end game. 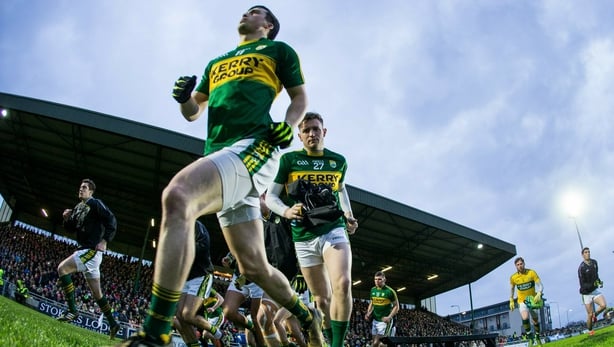 Ultimately the previous body of work in creating a defensive structure and self-confidence should be leading to a time to grow. Not everyone has that capacity. Teams like Fermanagh, Carlow and Galway are approach the moth to butterfly phase and choppy waters lie ahead to be navigated.

Kerry, unsurprisingly, have bypassed the defensive building phase and gone straight to a self-confident and vibrant attacking model. They certainly have the footballers on the front foot to match the Dubs but serious question marks hang about their warrior quality in defence.

With full compliments on both sides and a solid turf in the Summer, Kerry will need to have developed individual qualities that have been largely missing from Kerry teams in recent years. The Con O’Callaghan goal on Saturday night was a microcosm of why the Dubs will win this game when it matters.

Mirroring the champions’ tactical set up takes enormous belief and Kerry are obviously not short in that department.

However, they are going to discover that lesser teams than Dublin can expose their lack of marquee players in the areas that count most of all now.

Why Seán O'Shea could be Kerry's answer at centre-back

Coaches yet to adapt to attacking mark possibilities