The six-time All-Ireland champions came good in the second-half at Semple Stadium to deny Ballygunner a first ever appearance in the final.

The Waterford champions failed to make an impression up front and only managed three points from play over the hour.

The Kilkenny champions will now meet St Thomas of Galway in the AIB All-Ireland final on St Patrick’s, after coming good in the second-half in front of a crowd of 3,944 at Semple Stadium.

Ballygunner, playing in only their second All-Ireland semi-final, never trailed during the opening half and Pauric Mahony’s seventh point in injury-time gave them a 0-8 to 0-7 interval lead.

Both defences were on top on a cold and damp evening in Thurles and the opening point from play didn’t come until the 14th minute when TJ Reid pointed from the left wing, by which stage Mahony had hit four points. 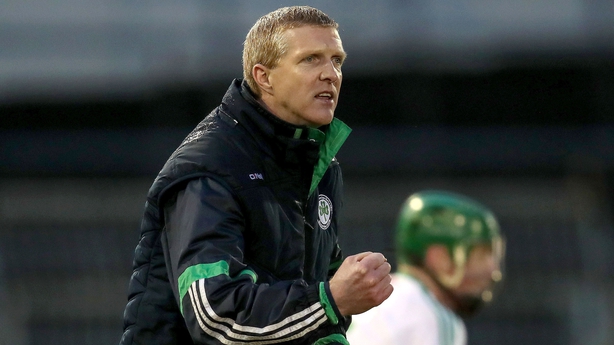 Points from Evan Shefflin and TJ Reid levelled the sides at 0-04 apiece after 20 minutes.

The sides continued to exchange points but Ballygunner went in leading by a point when Mahony landed another free from 65 metres to edge them 0-8 to 0-7 in front.

Points from Eoin Cody and another free from Reid edged Ballyhale in front for the first time inside two minutes of the restart before Mahony’s eighth point levelled the sides for sixth time in the contest after 34 minutes.

It took some frantic Ballyhale defending to prevent Conor Power and Brian O’Sullivan getting in for the opening goal, but a fine point from Peter Hogan restored their lead.

Ballyhale hit back for Eoin Reid to level and then Cody burst through for a goal to lead by 1-10 to 0-10 after 44 minutes.

The sides twice exchanged points before Cody put four between them six minutes from time.

Ballyhale, the most prolific winners of the All-Ireland with six titles, never looked like relinquishing the lead after that as they set up an All-Ireland final meeting with St Thomas on St Patrick’s day after a game where they outscored Ballygunner by 1-12 to 0-03 from play.