If the world's top scientists ever crack cold fusion, they might turn their minds to an arguably tougher conundrum: how to create an acceptable format for the hurling league.

Following a decision by Central Council in November, tonight will commence the final edition of the 1A and 1B structure as we know it.

Introduced in 2012, the six-team two-tier system quickly attracted criticism for the perception that it left some sides adrift in the more uneven standard of 1B - an argument weakened in recent times by Galway and Limerick going on to win the All-Ireland.

Quarter-finals were brought in in 2014, leaving us with the ridiculous situation that the fourth-best team in the second tier (10th overall) could potentially win the League title while fifth and sixth in the top tier faced relegation.

That will all change in 2020 as the GAA plan to keep the two sets of six model but redistribute the teams to create two divisions of equal strength, which president John Horan believes will give managers "an opportunity to actually play players in a developmental manner."

Groups will be based on finishing positions (1st and 4th from 1A to join 2nd and 3rd from 1B for example) and redrawn after two years.

The upshot is there will be no relegation from 1A to 1B this year, though a relegation play-off will apparently still be required to separate fifth and sixth.

Why they cannot just use the league table to decide which apparently equal group a team is destined for is a riddle that may receive more attention if the coming spring is as conducive to polar bears as last year.

So with no fear of relegation, does that mean the top six will all give the young lads a run and aim to stay as fresh as possible for the gruelling round-robin Championships to come?

Some perhaps, with Liam Sheedy probably most in need of time to try new options as he returns to the Tipperary hotseat.

It will be a surprise if Limerick, less than three weeks back from the team holiday to celebrate their All-Ireland success, are as sharp as their rivals early on while Cork and Clare's ambitions could be be angled more towards August after going so close last year.

For former Tipperary star Shane McGrath, Davy Fitzgerald's Wexford are therefore the team most in need of a trophy.

"I feel Davy is going to really go for this," he told RTÉ Sport. "Wexford haven’t won the Division 1 League since 1973.

"Let’s be honest, Davy might not be with Wexford next year. So he might see this as one of the opportunities that Wexford is going to have to win a national title.

"So I feel Wexford could be a dark horse to push on and win this League."

As for a free rein for experimentation, McGrath points out that winning breeds confidence and insists that the priority for any team should be working out their starting side ahead of the round-robin games.

"If you get nothing out of the League, only a kind of a settled team, especially coming towards the last three or four games... Most of the top teams are going to get to a quarter-final.

"There needs to be 12 or 13 of that team that you can say are going to be there or thereabouts for Championship. Just to get them used to playing with each other, and getting confidence off each other.

"Take Tipp going down to the Gaelic Grounds to play Limerick (last May). We had four new starters, four or five lads in positions they had never really played before. A team that just weren’t used to playing with each other.

"What you do in spring time will matter in summer time in knowing what your team is and who the guys are you can trust."

Player to watch: Diarmuid Ryan – A year on from his Banner debut, Ryan, younger brother of 2013 All-Ireland winner Conor, is a lively addition in attack and impressed in the run to Munster League success.

Player to watch: Robert Downey – From the Glen Rovers club. Downey shone brightly as a minor and could very force his way into the senior reckoning. 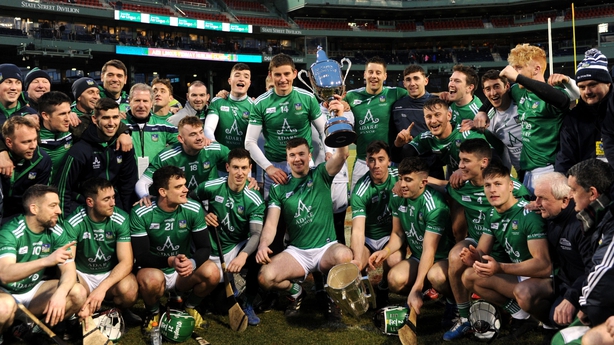 Player to watch: Conor Boylan – A member of the Na Piarsaigh club, Boylan has been called into the senior setup and will look to make an impression on the half-forward line.

Player to watch: Adrian Mullen Will be involved with his club Ballyhale, possibly until St Patrick’s Day, and the expectation is the county call will follow. 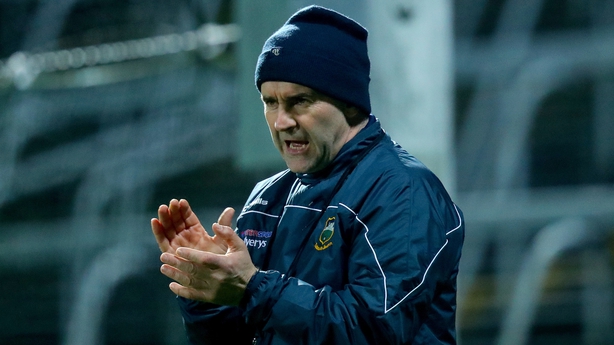 Player to watch: Brian McGrath – Following in the footsteps of sharpshooter brothers Noel and John, defender Brian is expected to step to senior after last year’s All-Ireland U21 win.

Player to watch: Seamus Casey – Stood out when the Slaneysiders got to a Leinster U21 final in ’18. Should get his chance to prove himself in the inside forward line.

Follow all the Allianz League action this weekend with live blogs on RTÉ.ie and the News Now App, or listen live to Saturday Sport Extra and Sunday Sport on RTÉ Radio 1.