With an impressive haul of 11 All-Ireland titles to her name, Bríd Stack can look back on a very satisfying career.

"I have had the best time of my life" was her part summation of her time playing football for Cork.

On Sunday, the 32-year-old called time on that career. The 2016 Ladies Footballer of the Year is only one of four players to have 11 All-Irelands to her name.

Stack was speaking on RTÉ Radio's Morning Ireland about her decision to retire.

She said: "When you give so much time to something you love so much it’s obviously going to be a very hard decision to come to.  Life moves on and priorities change a little. I was so lucky to play for Cork and to experience the great times." 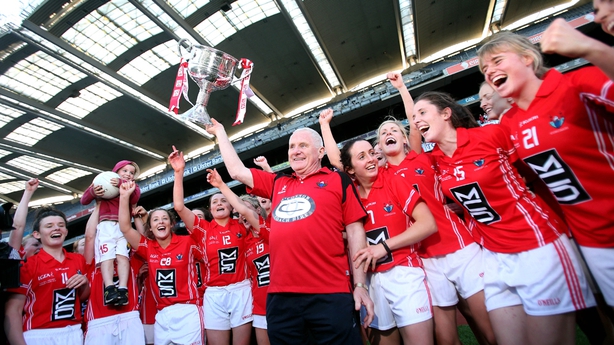 Stack also paid tribute to her former manager Eamon Ryan, when saying: "In 2004 Eamon Ryan came in as our manager, our coach. He was a bit of everything, such a well-rounded person

"He got a deadly bond going between all the younger players who were coming in off the back of All-Ireland minor success and the more experience players who hadn’t achieved anything close to All-Ireland glory.

The Rockchapel native also urged young competitors to stick with sport, citing the many advantages participation can give you.

"I have had the best time of my life and everything that I have experienced has been down to my involvement with sport," she added.

"I have travelled to fantastic places and I now have a fantastic network of friends.

"It’s important to stay with it for as long as you can because the benefits of it are so bountiful.

"I can look back and say there was never one training session that I regretted going to – but I would have regretted missing one for the fear of missing out."