James Horan won’t be reinventing the wheel in his second spell with Mayo, according to Jason Doherty.

The manager who led the county to two All-Ireland finals in 2012 and 2013 is back in charge after taking over from Stephen Rochford in October.

Doherty, who captained Mayo in yesterday’s FBD Connacht League win over Leitrim – a match notable for the first GAA penalty shoot-out – believes the key to success this season is getting better at what they are good at.

"The expectation is everything has to go up a few notches," he told RTÉ Sport.

"Obviously a lot of the panel have worked with him before.

"When he came in in 2011 he really raised the standard of Mayo senior football in general across the board in terms of expectation and skill level. A lot of that is still with him. He’s learned a lot since he stepped away from us.

"Definitely skills, work-rate, it’s the same stuff, it’s just about everything inside, on the pitch, off the pitch [has just been] fined tuned and raised up a few levels." 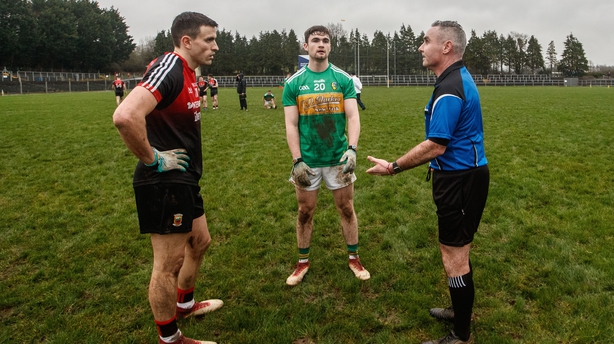 Doherty was one of the penalty-takers as Mayo ran out 4-1 winners in the shoot-out.

He said: "It’s funny when you are used to watching it in the soccer, in the World Cups but it’s a bit different on the GAA pitch.

"Thankfully we came out the right end of it after a frustrating second half especially. It’s important we get the win and move on."