The Patrickswell man saw off competition from Galway's Joe Canning and Padraic Mannion to claim the top hurling prize.

Limerick defeated Galway in the All-Ireland final to win their first title since 1973 with Lynch scoring one point in the final.

The 22-year-old, who is nephew of Limerick legend Ciaran Carey, is the ultimate team player and was vital for his side during their successful campaign. 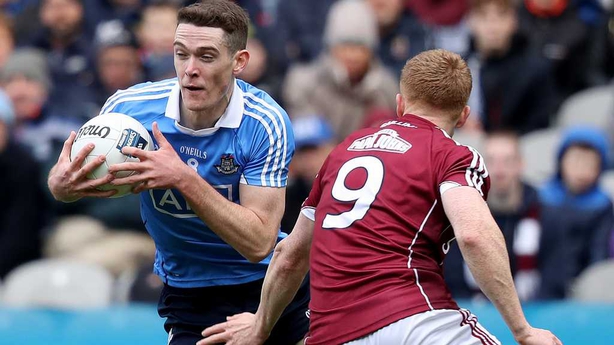 Fenton was in an all-Dublin shortlist for the Footballer of the Year. He edged out Ciaran Kilkenny and Jack McCaffrey for the award.

Fenton and his Raheny team-mate Brian Howard made history by becoming the first pairing from the same club to both win All-Stars in midfield.

Dublin beat Tyrone on this year's All-Ireland final meaning 25-year-old Fenton has played 27 times in the Championship and never lost. He already has two All-Stars under his belt.

He scored more from play in a single championship than any other midfielder and has now won four All-Ireland titles.

These overall awards are voted on exclusively by inter-county players.