By Brendan Lawrence at Aughrim

Stephen Duffy guided St Patrick’s to their first Wicklow SFC crown since 2012 as they edged out defending champions Rathnew in a thriller of a replay in Joule Park in Aughrim on Saturday afternoon.

Full-back Shane Murley brought the final to a replay with a late point last week and he and his defensive colleagues were key to snuffing out the Rathnew goal threat in both games, with Wayne Doyle limiting Mark Doyle to just one point from play today.

But it was Duffy who was incredibly vital to Casey O’Brien’s men in their battle with the neighbours in front of a passionate and vocal crowd in the county grounds.

The Wicklow RFC star bagged eight of their total of 10 points, seven from frees, and on a day when scores proved costly his influence was priceless. 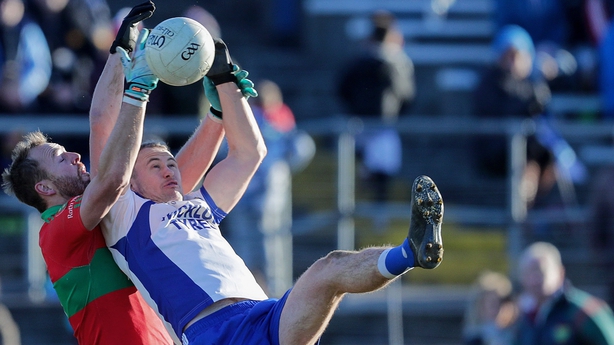 This was a game St Patrick’s didn’t really look like winning until the 50th minute when the momentum of the game swung like a heavyweight’s uppercut in favour of the Wicklow town side.

Rathnew took a 0-5 to 0-3 lead into the break courtesy of a sublime performance from Leighton Glynn as St Patrick’s struggled to gain any foothold in attack and only had Duffy’s three first-half frees to their credit when referee Declan Peppard sounded the half-time whistle.

A pointed free from Mark Doyle and a fine effort from play from Eddie Doyle put Rathnew in the driving seat but all that was to change  very quickly. Pat’s started to dominate around the middle third and their relentless driving at the Rathnew defence drew frees. Duffy obliged superbly to bring it back to 0-7 to 0-6.

Nicky Mernagh would grab Rathnew’s final score in the 49th minute and from here on in St Patrick’s took control with Duffy closing the deficit to one, Tommy Kelly swinging over a beast to level before Duffy pointed his first and last from play to push Pat’s ahead.

Tommy Kelly notched the insurance score deep into injury time and there was no time for Rathnew to save their championship lives. 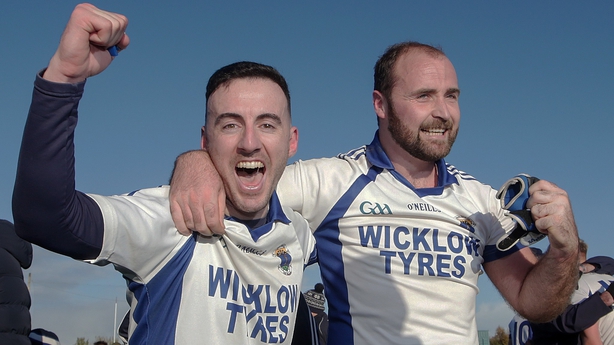 Duffy collected the Man of the Match award, but he was ably assisted by the Pat’s captain Dean Healy who drove relentlessly at the Rathnew defence. Paul O’Brien worked tirelessly all over the field while the Pat’s full-back line deserve immense credit for dealing with the considerable Rathnew goal threat.

It was an intriguing final replay. St Patrick’s have dethroned Rathnew with a sweet championship victory over the neighbours.