Ballyea are the Clare SH champions for the second time in three years after firing a superb 1-08 unanswered finish to turn the tables on Cratloe in Cusack Park this afternoon.

In front of an attendance of 7,040, Ballyea would somehow recover from a seven point second half deficit to claim only their second ever title, outscoring an ailing Cratloe by 1-11 to 0-01 in the final 28 minutes.

Niall Deasy was Ballyea's guiding light with 13 placed balls over the hour while Martin O'Leary provided the decisive goal in the 55th minute that effectively sealed victory.

It was all so different in the opening half when despite facing into the conditions, Cratloe held the upper hand for the majority.

Niall Deasy did rifle an early shot off the crossbar but with Billy Connors and Cathal McInerney to the fore on the scoreboard, it was the latter that ensured a four point lead after collecting a Conor McGrath pass to turn his marker and bat to the net for a 25th minute goal. 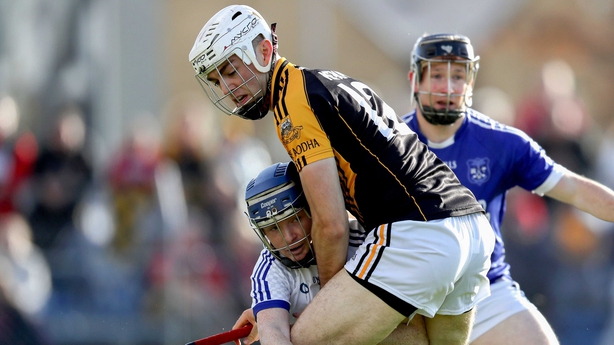 Connors would grab three of the last four points to carve out a 1-10 to 0-09 interval advantage and with the wind at their backs for the second half, Cratloe seemed set for a first Clare crown in four years when hitting the first three points of the new half inside 90 seconds.

However, they began to misfire, eventually slumping to eight second half wides which gave Ballyea a sniff of hope which they seized upon for the remainder.

Deasy converted seven of the next eight points to slash the deficit to just the minimum by the 50th minute while Martin O'Leary added 1-2 to complete the almost incredulous sea-change as they held Cratloe scoreless for the final 23 minutes to regain the Canon Hamilton Cup.