By Mike Finnerty at Castlebar

A brilliant point in the 59th minute from Diarmuid O’Connor turned out to be the match-winning score as Ballintubber reclaimed the Mayo senior club football championship title at MacHale Park, Castlebar tonight.

The former Young Footballer of the Year fired over a fantastic point from the left wing that turned out to be the last score of an attritional decider as Breaffy’s long wait for a Moclair Cup went on.

Their first county title success since 2014 was masterminded by their 36 year-old manager, Kevin Johnson, a native of Sligo, and means the Abbeysiders have now four county senior titles in nine seasons.

Ballintubber led at half-time by 0-6 to 1-2 despite getting off to the worst possible start in front of a crowd of 8,311 spectators.

Breaffy’s Peter Dravins tucked away a penalty inside three minutes after Aidan O’Shea was bundled over inside the square.

However, the outsiders were unable to build any sort of momentum as Ballintubber gradually got into their stride.

Four frees from the unerring Cillian O’Connor helped them to regain the initiative while Stephen O’Malley and captain Damien Coleman were also on target. 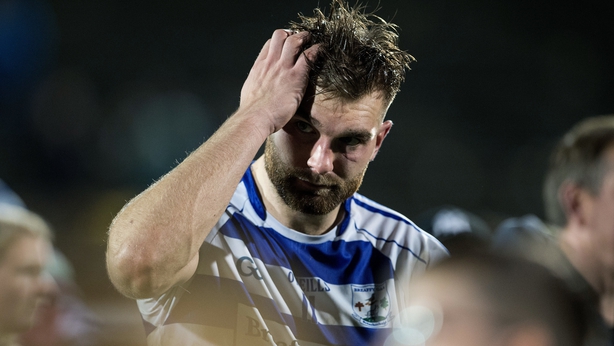 Meanwhile, down at the other end, Breaffy goalkeeper, Rob Hennelly, was off target with three long-range place kicks as his side struggled to get the scoreboard moving.

In fact, their only score of the opening half from play came from Gareth Dunne as Ballintubber’s well-organised defence stood firm.

The second half was a much more entertaining affair than the first as both teams threw off the shackles and started to play with more directness and pace.

Cillian O’Connor tagged on three further points from frees as Breaffy’s backline continued to foul inside his range.

But Ballintubber were unable to pull away despite their territorial dominance, and Breaffy stayed in touch with points from Tommy Reilly, Gary Fadden and Conor O’Shea.

Goalkeeper Rob Hennelly also broke his duck when he finally landed a long-range free and the tension was almost unbearable in the closing stages as Breaffy drew level through a Conor O’Shea free.

Breaffy substitute Colum Dravins and Ballintubber’s Ciaran Gavin were also both shown black cards as the stakes continued to mount.

Down the home stretch Ballintubber, playing their third game in 14 days, showed no ill-effects of their two marathon semi-finals, both of which had gone to extra-time.

Instead they managed to create a scoring chance for Diarmuid O’Connor who split the posts in style from 35 metres out on the left wing in the final minute of normal time.

Breaffy pushed hard during the five minutes of additional time but were unable to dig out an equaliser, with Aidan O’Shea off target with a free.

The West Mayo side have now lost all three of the county senior finals they have appeared in, having also finished second best against Castlebar Mitchels in both 2013 and 2015.

Higgins stars as Ballyhaunis bounce back for Mayo title