Tourlestrane made history at west Sligo’s Quigbar when they won the Sligo SFC for the third year in succession thanks to a composed and effective defeat of their south Sligo neighbours, Tubbercurry.

Corner-back Cian Surlis scored a crucial goal five minutes into the second-half to turn matters firmly in Tourlestrane’s favour although the side jointly-managed by Eamonn O’Hara and Gerry McGowan never looked like giving up their silverware when winning by seven points on a scoreline of 1-12 to 0-8.

Tourlestrane, who came into this game bidding for the club’s first-ever three in-a-row, were facing a Tubbercurry outfit seeking a record 21st title at this level and their first since 2014.

These south Sligo neighbours were meeting for the fourth time in a county final – Tourlestrane having won two of the three previous clashes, the most recent of which was the 2013 decider that saw Tourlestrane win by three points.

GAA president John Horan was in attendance as the occasion honoured the Sligo minor team that won the Connacht title and were All-Ireland runners-up in 1968.

With Sligo town’s Markievicz Park unavailable for Sligo GAA’s showpiece the big game headed to west Sligo for the first time since 1987.

Holders Tourlestrane, who controlled the opening period despite playing against the breeze, set the tone with a point after 24 seconds from team captain James Leonard.

Cian Gilmartin equalised for Tubbercurry with a shot that was half-blocked and then Jason Perry’s classy point after seven minutes put Tubbercurry in front, 0-02 to 0-01, the only time they were ahead in in the first-half.

Tourlestrane’s economy when in possession began to pay dividends and three unanswered points put them 0-4 to 0-2 ahead by the 10th minute – the best of these scores coming from Cathal Henry.

Tubbercurry responded with a brace of points to draw level again by the 14th minute – goalkeeper Colm McGee landed a pointed free from long-range and Luke Gilmartin scored after an Eddie McGuinness effort came off the crossbar.

Then it Tourlestrane’s turn to regain control and they shot four unanswered points to deservedly lead 0-8 to 0-4 at the break. Liam Gaughan (2) and Cathal Henry landed marvellous points during this dominant phase.

Tubbercurry got the first score of the second-half, a pointed free from substitute Darragh Kilcoyne but then Tourlestrane would get the defining score of the contest when corner-back Cian Surlis netted a cracking 35th minute goal from Cathal Henry’s assist.

This score, which put Tourlestrane 1-8 to 0-5 ahead, clearly deflated Tubbercurry who faded from then on.

Dominant Tourlestrane absorbed Tubbercurry’s diminishing pressure and added scores of their own through the goalscorer Cian Surlis and Liam Gaughan, who pointed with aplomb. 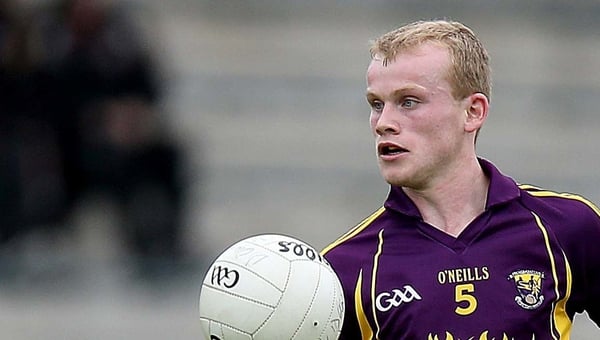 Sligo dig deep to record another win in Division 4