East Cork divisional side Imokilly retained the Cork SHC with a convincing win over Midleton at Páirc Uí Chaoimh on Sunday.

Cork captain Séamus Harnedy scored 1-06 with Paudie O’Sullivan finishing with 2-01, including the game’s opening score in the third minute, ensuring that they led from start to finish.

It was a day for their big players to perform well, with Bill Cooper in excellent form as he contributed four points from midfield, while his Cork colleague Colm Spillane was imperious in the full-back line.

Midleton battled hard but couldn’t match Imokilly’s conversion rate in terms of goal chances. While they did find the net through Patrick White in the 28th minute to come back to within a goal - 2-09 to 1-09 - two points from Harnedy ensured that Imokilly held a five-point lead at half-time.

Early in the second half, Midleton suggested that they would make it a real contest as they closed to within two points thanks to scores from Conor Lehane, Cormac Walsh and Luke O’Farrell in the opening ten minutes.

However, Imokilly responded in devastating fashion. When Cooper found William Leahy with a good pass, his brilliant touch put O’Sullivan in for his second goal. That was quickly followed by Harnedy’s fifth point and then Shane Hegarty struck for a fourth green flag, set up Brian Lawton.

That made it 4-13 to 1-13 and they were never going to be denied from there, though things might have been closer had Lehane’s 20m free not flashed just wide. Sub Declan Dalton, unable to start due to injury, got in on the scoring act too as they enjoyed a ten-point winning margin.

O’Sullivan set them on their way as he slotted home from Mark O’Keeffe’s delivery in the game’s nascent stages and by the eighth minute they were 1-3 to 0-1 to the good as Cooper contributed two points.

While Midleton had had some early sloppy wides, they settled and three points on the trot between the 18th and 20th minutes from Luke O’Farrell, Lehane and Cormac Walsh had them within two. 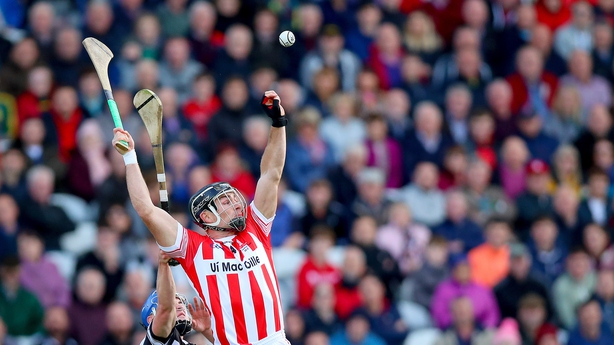 As would happen later though, Imokilly struck for a goal when needed, with Harnedy producing a brilliant finish after Brian Lawton fed the ball to him. That put them five ahead and it was the margin they would hold at half-time before surging on in the second half.

There is however some element of consolation for Midleton in that they will represent Cork in the Munster club championship as divisional sides are not allowed to participate.