Former Cork player Juliet Murphy is expecting another titanic tussle between Cork and Dublin on Sunday and believes the key to victory will rest in the respective defences.

The 11-time All-Ireland winner will be in a watching role as the sides clash for the third time in four years on the biggest day in the calendar.

While Mick Bohan’s side are seeking their second successive title, Cork have the upperhand in the fixture having edged out their rivals in gripping encounters in 2009, 2014, 2015 and 2016.

The two most recent finals have been won by an aggregate of three points and Murphy admits that while the "tides have turned" in Dublin’s favour, the team from the capital will be looking to put to right their head-to-head record in the fixture.

"Dublin are yet to beat Cork in an All-Ireland Final and that’s what they will be looking to do on Sunday," she told RTÉ Radio 1’s Morning Ireland.

Looking ahead to the decider, Murphy says spectators and viewers will be treated to some of the highest quality forwards in the game.

"I think both sides strengths are in the forward lines.

"Sinead Aherne has racked up 4-24 this season which is a remarkable feat. You have Noelle Healy and her running game, she goes back into defence, collects the ball and moves forward. There’s Lindsey Davey and Niamh McEvoy (below). 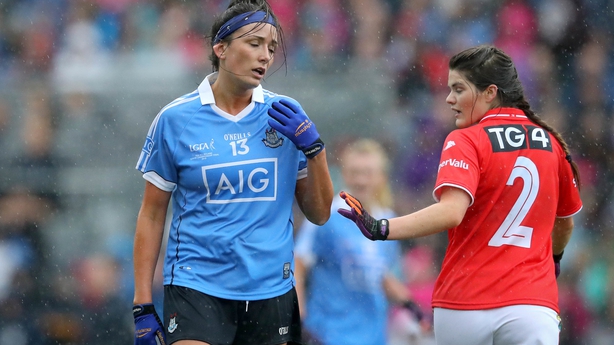 "Niamh McEvoy is a very under-rated player in my view. She is a link player for Dublin

"Both sides have racked up massive scores in the championship, so it is going to be defensively, who can stop the forward lines will determine who will come out on top."

And what about Cork?

The Munster champions will move out in front in the All-Ireland role of honour (currently tied with Kerry on 11) if they see off the reigning champions, but it is very much a new-look team assembled by manager Ephie Fitzgerald, illustrated by the fact that 13 players picked up their first provincial medal earlier this season.

"Ephie Fitzgerald has made reference to this, Cork are a team in transition," she said.

"In saying that, they have great experience with the likes of Ciara O’Sullivan, Martina O’Brien, Orla Finn and Doireann O’Sullivan.  If Cork can stay with Dublin with 10 minutes to go, they are in with a great chance."

Of added significance for Cork is the prospect of completing the double after the success of the camogie side last weekend.

Hannah Looney and Libby Coppinger are members of both camps and are seeking to add to an already memorable September.

"Cork had a great win last Sunday. Hannah and Libby are involved on Sunday and we have always had dual players. I’m sure they will be trying to emulate what Briege Corkery and Rena Buckley have done in the past."

With a crowd of around 50,000 expected to file through the turnstiles on Sunday, Murphy says it is indicative of the upward trajectory the sport is on.

"The game is going from strength-to-strength. That’s down to the work by the Association at grassroots level and all the way up to inter-county. It’s a great game to watch and Cork-Dublin games in the past have been fantastic finals, games people are still talking about.

"I think it is going to be a great spectacle on Sunday." 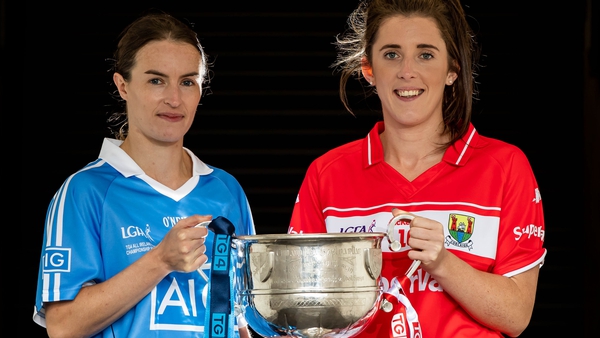