Will it be four-in-a-row for the Dubs on Sunday or can Tyrone end a 10-year wait for Sam Maguire?

Are you expecting an exciting contest?

Tomás Ó Sé: "If Tyrone push up like they did against Monaghan in the first half, I’d expect it to be exciting.

"I hope Dublin go for it as well but they won’t mind what way they win this."

Colm O'Rourke: "It hasn’t grabbed the attention the way the hurling has.

"I’m sure there’s phenomenal interest in Tyrone but it’s business as usual in Dublin and there seems to be more interest in young people going to Electric Picnic."

Is Sunday all about Tyrone stopping what Dublin normally do?

TOS: "Last year they tried that and it didn’t work out too well for them.

"The thing about Dublin is that they don’t fear any way, whether you set up defensively or attacking, they will go for man for man and beat you at whatever game you come at them with.

"Tyrone, in the second half against Donegal and last 20 minutes in Omagh (v Dublin), have proved that they can go at teams brilliantly.

"Now can they sustain that for the whole match against the Dubs? For me, too many things would have to go right for Tyrone for this to happen."

Is there any danger complacency could set in for Dublin?

COR: "I don’t think so. Dublin have been in a similar position for the last few years, whether it was League or Championship and have performed in nearly all of them.

"Mayo are the only team over the last few years who seemed to be able to push them to the limit.

"A lot of their players on the field only have to take one look over at the bench and realise that if they’re not performing, they’re off. That has kept up the level of performance every year.

"When you have players like Cormac Costello, Kevin McManamon and Paul Flynn waiting for their opportunity to come in, there’s no danger (of that).

"There are a very self-motivated bunch and I don’t think there’s any danger of the likes of Cian O’Sullivan or James McCarthy – probably the best player in the country for the last five years – taking it easy."

What will decide the game?

TOS: "The goalkeepers and the forwards. When Dublin went after Ruairi Lavelle in the second half against Galway, they got the platform of possession around the middle of the field.

"Niall Morgan and Stephen Cluxton will each have about 10 kickouts where they need to make possessions under pressure. I think Cluxton will possibly come out on that.

"The Dubs’ forwards are more clinical. They had 78% success rate against Galway, compared to Tyrone’s 47% (against Monaghan). Tyrone shot 10 wide and six short in their semi-final."

"Tyrone’s big strength is breaking with pace and the doggedness that they always bring to a match. But Dublin aren’t afraid to get their hands dirty either and I think their whole game is based on workrate for each other.

"Dublin have too many aces up their sleeves compared to Tyrone."

Can Tyrone upset the odds?

TOS: "This would be the biggest upset I’ve ever seen if Tyrone were to win this.

"For that to happen, the likes of Peter Harte, Mattie Donnelly, Niall Sludden and Colm Cavanagh would all have to be playing out of their skins. When you look at the Omagh game, John Small took out Peter Harte, Eoin Murchan took out Sludden and Cavanagh was substituted.

"I’d worry for Tyrone. I still think they’ll keep it to five or six points but I can’t see Dublin losing."

COR: "On form, everything points to Dublin, particularly after them beating Tyrone in Omagh.

"With all the advantages Croke Park bring to Dublin, it would be the shock of the decade if the Dubs don’t win." 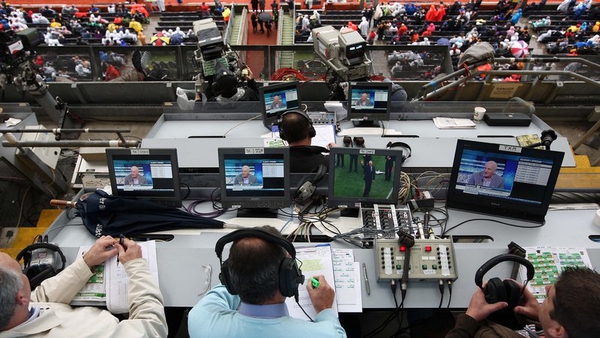 How to watch the All-Ireland final worldwide