By Ronan O'Brien at Gaelic Grounds

Substitute Conor Stakelum scored the winning goal in the fourth minute of added-time as Tipperary claimed their tenth All-Ireland U-21 hurling title following a pulsating decider at the Gaelic Grounds.

Cork looked dead and buried when Stephen Nolan hit Tipp’s second goal six minutes from time, but Denis Ring’s side scored the next four points to take the lead, only for Stakelum to deny them a first title since 1998 with his last-gasp effort.

In the build-up to his match Cork manager Ring warned his side to treat this All-Ireland final as a totally different game to their 13-point Munster final triumph over the same side, and after they were destroyed for the opening 15 minutes it was clear why he was concerned.

Tipperary raced into a 1-5 to 0-1 lead by the end of the first quarter, with Jake Morris and Jerome Cahill dangerous up front, while their domination of the aerial battler and early Cork puck-outs gave the Premier county a solid foundation to build on. 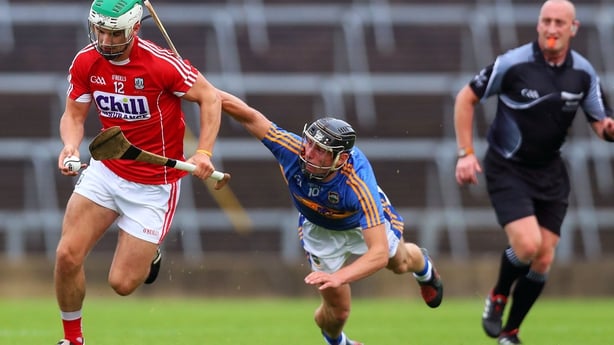 Morris got Tipperary up and running with a point after 13 seconds, but a brilliant score from Robbie O’Flynn from wide on the right sideline soon levelled matters.

By and large Cork sought to work their puck-outs short through their full-back and half-back lines, and when they went long they lost possession on the first three occasions.

That dominance enabled Tipp to thrive and two points from Cahill, a Morris free and a great score from Cian Darcy after a smart intercept from captain Colin English soon had them 0-5 to 0-1 ahead.

There was better to come still for Tipp when Mark Kehoe showed his class under the high ball, beat David Griffin before Mark Coleman pulled the Tipp man down inside the large parallelogram. Morris’s penalty was low and accurate and it gave Ger Collins no chance.

Considering their fluid forward play all season, amazingly Cork failed to score for a 15-minute spell in the opening half and they found themselves 1-5 to 0-1 behind as a result.

But inspired by Conor Cahalane they roared back into the game. He hit two points in a row in the space of a minute following good work from half-backs Eoghan Murphy and Coleman, while Declan Dalton, Jack O’Connor, O’Flynn and Shane Kingston all hit points in a spell of total Cork dominance.

If Cahalane’s points were inspirational, his goal in the 25thminute was doubly so. Having caught the ball twice he took off on a solo run from outside the 65-metre line, and under pressure from an acute angle he fired the ball into the roof of Barry Hogan’s net to give his side the lead for the first time. 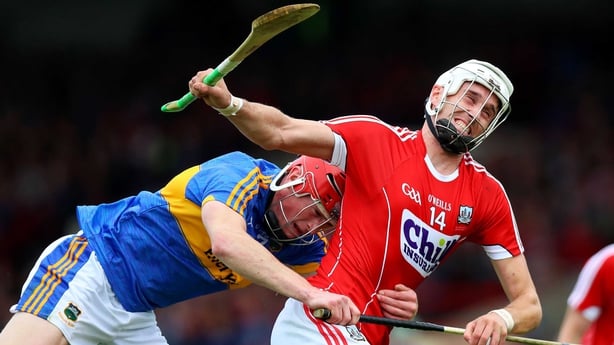 Tipp needed a score badly and Paudie Feehan delivered, but he was withdrawn straight away and Cork followed it up with two points from Dalton and O’Flynn – his third of the half.

But the last word fell to Tipp before the break when Cahill slotted his third point from play, which meant they only trailed 1-9 to 1-7 at half-time.

As they did in the opening half Tipperary were quick out of the traps when English hit his first point, and the lead was theirs by the 37thminute following good scores from Morris and Darcy.

Dalton’s third free of the night was the leveller for Cork, but Tipp pulled ahead again when Ger Browne and Morris pointed.

A super double save form Hogan and Brian McGrath kept O’Flynn and Tim O’Mahony at bay in the 43rdminute, but Cork managed to match Tipp’s tally by the 51stminute when midfield duo Cahalane and Darragh Fitzgibbon pointed in the space of a minute.

Tipp looked likeliest winners though when Nolan cut back on his right side and fired a blistering shot past Collins with six minutes to go, but they were pushed all the way thanks to points from Dalton and substitute Brian Turnbull, which put the minimum between the sides, before Dalton’s free levelled the game in the final minute of normal time.

Conor Stakelum with a dramatic late goal for Tipperary! pic.twitter.com/GuaZFxrPiz

But there was more drama to come and after Stakelum bundled the ball over the line in the 64th minute, fellow sub David Gleeson struck the final score as Tipp ended a season of misery on a high. 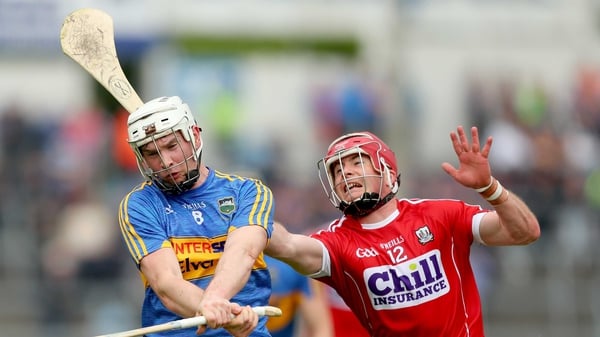 Tipperary battle back to draw with Cork 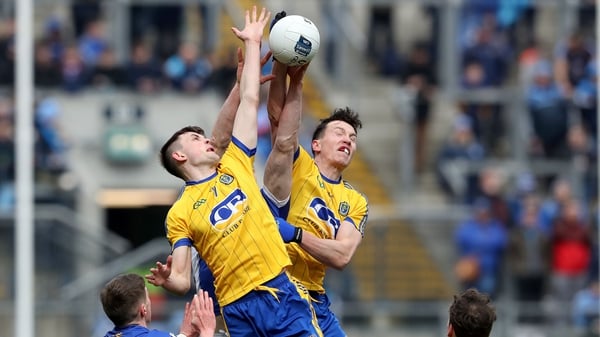 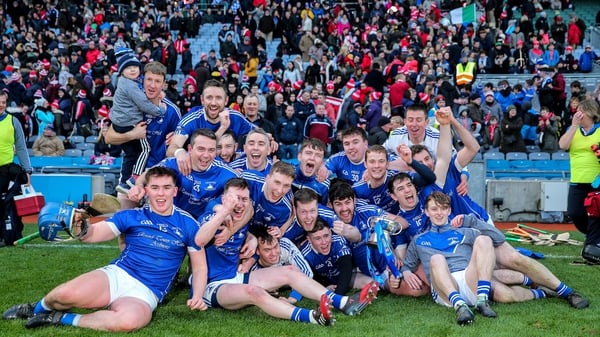 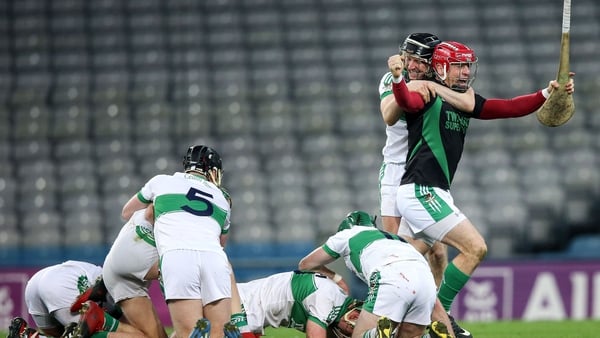