Former Galway and Sligo manager Peter Ford has agreed to join forces with Stephen Rochford as part of the Mayo management team for next year.

Ford and Shane Conway, who are currently working together as joint managers of the Breaffy senior club team, have both accepted Rochford’s invitations to come on board as Mayo selectors in 2019.

A meeting of the executive officers of the Mayo GAA Board is due to be held this evening to discuss the make-up of Rochford’s proposed management team for 2019.

It is expected they will recommend that it be officially ratified at a meeting of the County Board next week.

Ford and Conway will join Joe Keane — the only selector remaining from last season after the departures of Donie Buckley, Peter Burke and Tony McEntee — on the sideline with Rochford next year.

The experienced Ford, who also served as a selector under John Maughan when Mayo reached All-Ireland Finals in both 1996 and 1997, led Galway to both the 2005 Connacht SFC and the All-Ireland Under-21 championship that same year.

Ford (56) was also the Sligo boss when they took eventual All-Ireland champions, Armagh, to a replay in the 2002 All-Ireland SFC quarter-final.

During an illustrious playing career, the Ballinrobe native captained Mayo to the 1992 Connacht senior football championship title, and also lined out on the county’s All-Ireland-winning under-21 team in 1983.

Ford managed Ballintubber to win the Mayo SFC title in 2014 and has worked with many of the current Mayo squad, including the O’Connor brothers, O’Shea brothers and Rob Hennelly.

Conway is well-known for his training, coaching and management work with a number of club teams in Mayo, including Kilmeena, Westport and Castlebar Mitchels.

He was part of Pat Holmes’ management team in 2013 when Mitchels won the Mayo SFC title, before going to on to lose the All-Ireland club final to St Vincent’s in March of 2014.

Conway was also joint-manager of the Rice College Westport team that qualified for the All-Ireland Post-Primary Schools Senior ‘A’ football championship final earlier this year.

The Mayo side were beaten by St Ronan’s, Lurgan in that Hogan Cup Final by a point at Croke Park. 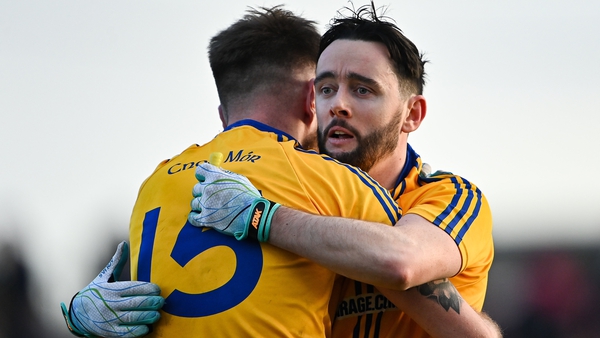