Corkery hasn’t played for the Rebels since the 2016 All-Ireland final defeat to Kilkenny and last donned the blood red jersey when the Leesiders made it six-in-a-row in the Ladies Football Championship.

The Cloughduv dynamo stepped away in 2017 as a six-time All-Star and former Texaco Player of the Year, stating that she was no longer enjoying intercounty duties, but never announced her retirement.

The 31-year-old continued to line out for her club until becoming pregnant and she and her husband Diarmuid Scannell celebrated the birth of their son Tadhg in April.

Corkery quickly regained her fitness after returning to club action but her inclusion as No 25 on the Cork team list comes as a major surprise.

A joint Sportswoman of the Year with Rena Buckley, Corkery now has the opportunity to rejoin her great friend as the most successful All-Ireland winner in Gaelic Games history.

Buckley moved ahead when garnering her 18th medal as captain when Cork won the All-Ireland Camogie title last September and announced her retirement this year.

That decider was the first time Corkery had not shared the glory with Buckley, as together they had previously garnered six Camogie and 11 Ladies Football Championships.

Other notable selections on the Cork team are the positioning of Gemma O’Connor at centre-back, having spent a lot of the summer around midfield, and Pamela Mackey in the full-back line, possibly with a view to picking up the Championship’s leading scorer, Cáit Devane.

Six-time All-Ireland winner and five-time All-Star Orla Cotter, who missed the start of the Championship after getting married and going on her honeymoon, has been named on the bench.

There are no real surprises as Tipp boss Bill Mullaney sticks with the team that started their hard-fought quarter-final victory over Waterford, though Sarah Fryday must have been pushing hard for a berth in the attack. 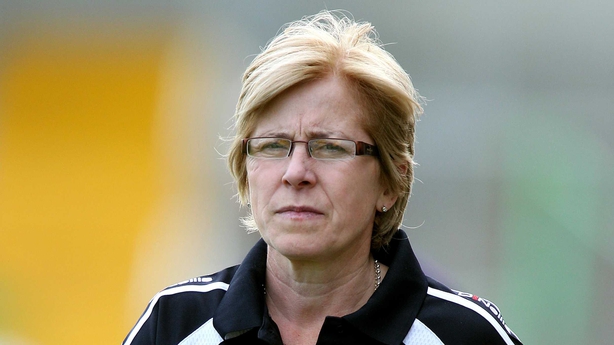 Kilkenny play Galway in the opening semi-final and the selection of former captain Anna Farrell at full-forward by Ann Downey is eye-catching.

While the Thomastown athlete would represent a real challenge for Galway skipper Sarah Dervan if retained at the edge of the square, it would not surprise anyone were she to drop deeper and allow her sister Meighan, who has been named at midfield, fall back towards centre-back.

This in turn would enable Anne Dalton to adopt the sweeper role she has excelled at since 2016, both in terms of cutting off supply to opposition forwards and delivering quality to her own.

Cathal Murray has made one change in personnel to the Galway team that defeated Dublin by 16 points in the Quarter-Final, with Róísín Black coming in at right half-back for Emer Helebert.

All you need to know: Camogie semi-finals

Live coverage of both games on RTE2 from 5.15pm, presented by Joanne Cantwell, with analysis from Ann Marie Hayes, Elaine Aylward and Ursula Jacob, and commentary by Rena Buckley and Jill Horan.