Bernard Flynn believes Mickey Harte will do absolutely everything in his power to make the All-Ireland SFC final competitive - and hopes Tyrone can put it up to Dublin "for the sake of Gaelic football".

The Red Hand squeezed past Monaghan at Croke Park on Sunday to set up a showdown with the four-in-a-row-chasing Dubs who crushed Galway in the other semi-final.

"Mickey Harte will do everything in his power to make this competitive. He has to - for the sake of Gaelic football," he told RTÉ 2fm's Game On.

"It's going to be an intriguing final in one sense. Nobody's giving Tyrone a pup's chance. Mickey Harte will actually love that.

"Roscommon put 2-16 by Dublin. A poor enough Galway side overall, 2-12 they scored. Defensively, as a collective unit, Dublin aren't quite as strong [as they were].

"Tyrone will not beat Dublin going five or six points down and coming from behind. If they were just a little bit braver up in Omagh [in the Super 8s when Dublin won by 1-14 to 0-14] ... they got so much right that night.

"They were strong, they were physical. They might surprise people. Tyrone have no business taking to the field unless they get the match-ups right on Fenton and Kilkenny. If they can stop those two players, they have a chance." 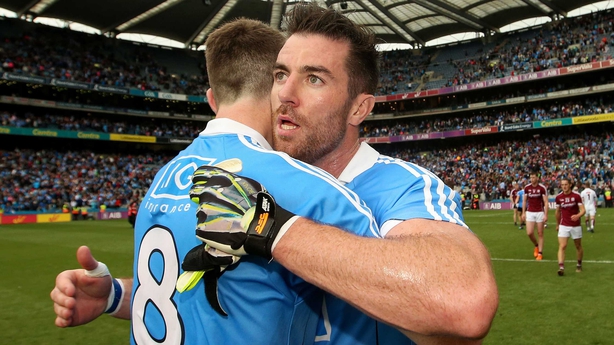 Flynn conceded that the Sky Blues were extremely impressive in swatting the Tribesmen aside. They kicked on in the second half to cruise into another decider, though a leggy Galway may have paid the price for failing to rest players in the Super 8s.

"For 20 minutes of the second half, it was the best I've seen Dublin since the All-Ireland final last year," added Flynn.

"They moved up a notch, moved up a gear, blew Galway away and Jim Gavin really found out a few things on Saturday.

"The week before [against Monaghan] for me was the one that caught up on Galway. Why did they not go out with a second string, keep all the big players fresh? I didn't really understand that. They were shot coming into [the Dublin game].

"If you look at he league final, Galway were in a way better place mentally around that time. They put it up to Dublin.