Jim Gavin has named a much-changed side for Dublin's All-Ireland semi-final clash with Galway on Saturday.

There are nine switches in personnel to the team who concluded Dublin's Super 8s campaign with a heavy win over Roscommon last weekend.

Jonny Cooper and James McCarthy come into the defence in place of Eric Lowndes and John Small, while Jack McCaffrey moves back from the Dublin attack.

Con O'Callaghan, Dean Rock and Paul Mannion are named to start in place of Kevin McManamon, Colm Basquel and Paddy Andrews on the inside forward line.

Meanwhile, Galway have named just one change from the team who suffered defeat to Monaghan with Patrick Sweeney joining the Tribesmen attack while Adrian Varley makes way. 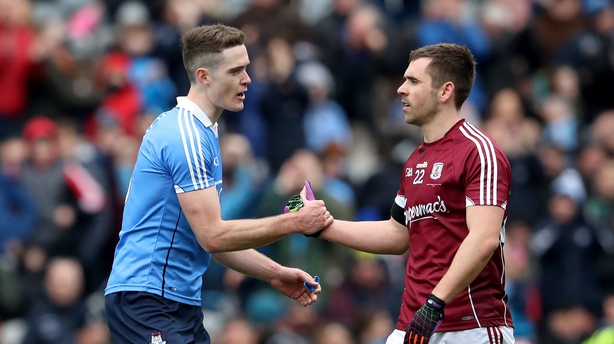 The Tyrone team for Sunday’s All-Ireland semi-final against Monaghan shows one change from the side that beat Donegal last weekend.

Rory Brennan comes into the defence, with wing-forward Conor Meyler the man to make way as part of a reshuffle by manager Mickey Harte.

This means there’s no place for Lee Brennan, who scored four vital points coming off the bench against Donegal, or either of Harry Loughran or Kieran McGeary, who both got goals after coming on as substitutes in the same game.

Michael McKernan starts at corner-back after a black card ended his involvement the last day after just five minutes. Rory Brennan was his replacement for the remainder of the afternoon.

Mattie Donnelly and Niall Sludden are joined in the half-forward line by Cathal McShane, who drops back from top of the right. The inside line is made up of Mark Bradley, Richard Donnelly and Conor McAliskey.

Malachy O'Rourke has elected to name just one switch in personnel from the team which defeated Galway to book a place in the All-Ireland SFC semi-finals.

Dessie Mone is named to start in the Monaghan half-forward line with Conor McCarthy dropping to the bench. 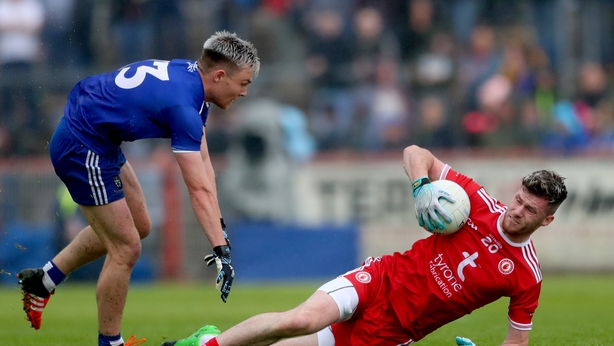